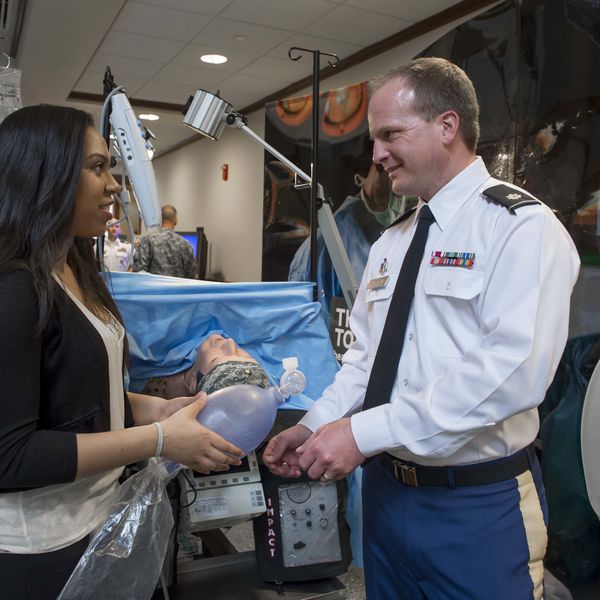 As an undergraduate student, Dayne Nelson, M.D., knew early on that a career in medicine would be a good fit for him. The preprofessional studies major loved science, especially biology and chemistry, and spent his free time volunteering at St. Joseph Regional Medical Center observing doctors, working in the ER, and preparing rooms for patients.

After graduating from Notre Dame in 1997, Nelson attended the Uniformed Services University of the Health Sciences in Washington D.C. as part of the U.S. Army’s Health Professions Scholarship Program. Nelson chose the program because of the opportunities it would be provide him, which included full tuition to medical school, a salary and benefits, and access to top resident and internship programs after medical school.  Nelson is now a urologic surgeon and an active duty major in the U.S. Army, stationed at Ft. Carson in Colorado Springs. In 2013, he was selected as one of three national winners of the Young Urologist of the Year award by the American Urological Association.

When asked about his career as a military doctor, Nelson said, “It has been an incredibly rewarding experience to take care of the soldiers, their families, and retirees. It has been an honor to serve my country.”