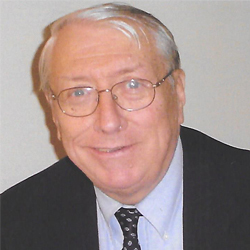 Robert K. O'Leary, Ph.D. founded TRANS/SCITECH, INC., a biomedical technology consulting company in 1997 in order to assist the small but growing industry of orthobiologics and tissue banking. With more than 37 United States patents and 40 publications in tissue related science, he consulted for six years as a human tissue banking expert for the Lifenet Tissue Bank in Virginia Beach, Virginia. There he worked on projects dealing with tissue sterilization, debridement, and demineralization, for which six patents were issued. One of these patents, Plasticized Soft Tissue Grafts, improves the preservation of human tissue to be used for surgical replacement of body parts.

O'Leary invented Grafton, the first flowable human bone tissue paste for accelerating the healing of human bone fractures. His patent on bone healing was awarded the 1998 Thomas Alva Edison Award by the New Jersey Research and Development Council. This patent ideation, as well as 30 others, has led to the creation of a new multi-million-dollar bone healing market segment.