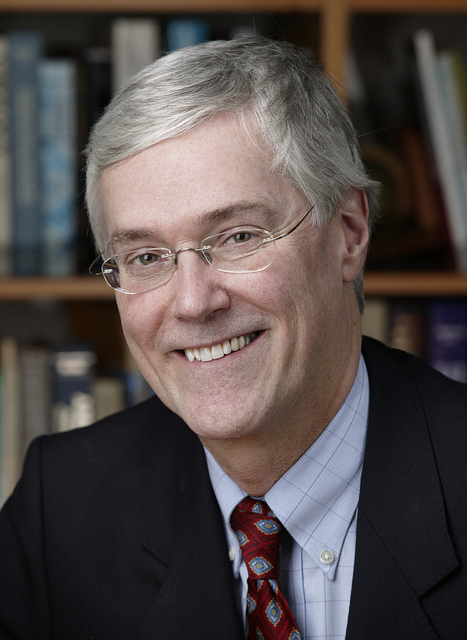 Thomas Quinn ’69, ’70 has spent more than 30 years studying the transmission and spread of HIV/AIDS. Now a leader in his field, director of the Johns Hopkins Center for Global Health, and associate director for international research at the National Institute of Allergy and Infectious Diseases, Quinn traces his success back to his time at Notre Dame.

“From high school onward, I was fascinated by biology,” he says. Though he completed a variety of course work as an undergraduate in the life sciences, a parasitology course taught by Prof. George Craig proved to be his career-defining moment.

“I fell in love with his enthusiasm for the science. It was something that really opened up my excitement for the pursuit of tropical medicine,” says Quinn. I realized right then I wanted pursue both biomedical research and the practice of medicine to take care of patients with these types of tropical diseases.”

Earning a bachelor's degree in biological sciences, Quinn decided to continue his tropical disease research at Notre Dame, subsequently completing a master’s degree in 1970 under his mentor Craig. With years of laboratory research under his belt, Quinn left Notre Dame to study the clinical aspects of disease in medical school at Northwestern University.

“After medical school I did my internship and residency, and there you just take care of patients; you don’t have time for research at all. I realized then how much I missed the research, and I decided I had to get back into that,” he says.

Quinn accepted a fellowship at the National Institutes of Health, where he worked with fellow Notre Dame alumnus Bob Gwadz in the research of malaria. Seeking to complete his training as an infectious disease expert, Quinn moved on to a fellowship at the University of Washington, where studied human infections and sexually transmitted diseases. He didn’t know it yet, but those years of training were about to pay off in a big way. “I had just finished my training in infectious diseases and came back to the NIH [and Johns Hopkins]. It was July 1981, and in June 1981, there was this report of homosexual men coming down with this deadly disease, and they didn’t know what was causing it,” says Quinn.

Quinn and his colleagues were witnessing the beginning of the AIDS epidemic in America. Realizing that migrant farm workers in Maryland were presenting with the same symptoms, Quinn tracked the virus to Haiti and eventually to Africa, being one of the first to investigate the geographical source of HIV/AIDS.

“That was an eye-opener, because [when we arrived] the epidemic had already been there for 10 years, but nobody had recognized it,” says Quinn. “It was explosive—it was spreading like wildfire. This was a worldwide epidemic ... and it was hitting everyone that came in contact with the virus that we now call HIV.” Quinn and his colleagues published their findings in top journals, also collaborating with virologist Luc Montagnier, who would go on to win the 2008 Nobel Prize in Medicine for his work in the identification of HIV.

In the past three decades, Quinn’s work and expertise have taken him around the world. “All the training I picked up at Notre Dame came in handy, as I flew from one country to another, figuring out why this disease was being spread and what it was doing.”

Though he’s already made a number of significant contributions in the field of HIV/AIDS, Quinn is now using his understanding of the virus to develop techniques for effective control and prevention. He has impacted thousands of lives, but he said he’ll always have a special place for the professional and social connections he made while at Notre Dame. He says, “I truly did enjoy every day that I was there.

This alumni spotlight was originally published in the Winter 2013 issue of Notre Dame magazine.