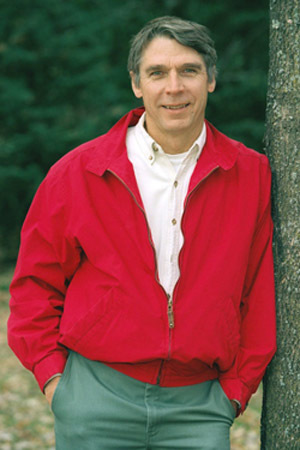 As a prelude to Earth Day, Mike Dombeck will talk about the complex and often controversial relationship that humans have had with the land in North America, from the Native Americans and early explorers, to the tragedy of the commons, urban sprawl, climate change, and beyond.

One of the most renowned and respected contemporary conservationists, Mike Dombeck’s leadership in the Bureau of Land Management and as former chief of the U.S. Forest Service has impacted nearly 500 million acres. He is the only person ever to lead both of the largest public land management agencies in the U.S. As the capstone to his life-long career in public service, he was granted the highest award in federal service, the Presidential Rank: Distinguished Executive Award.

Dombeck has authored, co-authored, and edited over 200 popular and scholarly publications. He currently serves as Executive Director of the David Smith Post Doctoral Research Fellowship in Conservation Science, and has recently retired as UW System Fellow and Professor of Global Conservation at the University of Wisconsin, Stevens Point.

This event is sponsored by the Environmental Change Initiative.