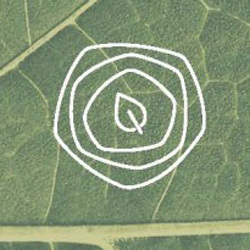 What does it mean to come “after” nature?

Where now is the boundary between human and nonhuman?

The planet’s poles are melting, alpine ice is in retreat, oceans are rising, island nations are disappearing, species vectors are shifting, tropical diseases are moving north, northern natures-cultures are moving into extinction. Acidification of ocean water already threatens food chains both natural and human while dead zones blossom and coral bleaches. Natural states of exception—historic wildfires, droughts, floods, “snowmageddons” and shoreline erosion—are the norm. Reality overshoots computer models of global warming even as CO2 emissions escalate faster than predicted, with no end in sight. Yet none of this has altered our way of living or our way of thinking: as Fredric Jameson noted, we can imagine the collapse of the planet more easily than the fall of capitalism.

What resources can SLSA bring to this planetary emergency? What fundamental reorientations of theory—of posthumanity and animality, of agency, actants, and aporias, of bodies, objects, assemblages and networks, of computing and cognition, of media and bioart—are needed to articulate the simple fact that our most mundane and ordinary lives are, even in the span of our own lifetimes, unsustainable? If we are now posthuman—if we have never been natural—are we now, finally, ecological?

Timothy Morton, Professor and Rita Shea Guffy Chair in English at Rice University, author most recently of Ecology Without Nature (2007) and The Ecological Thought (2010); earlier work includes Shelley and the Revolution in Taste: The Body and the Natural World (1995); The Poetics of Spice: Romantic Consumerism and the Exotic (2010); Radical Food: The Culture and Politics of Eating and Drinking, 1790-1820 (3 volumes, Routledge 2000), and Cultures of Taste/Theories of Appetite: Eating Romanticism (Palgrave 2004).

Subhankar Banerjee, photographer, author, activist, scientist, who has  exhibited across the U.S.A., Europe, Australia, and Mexico; Banerjee’s work addresses ecocultural urgencies, including resource wars and global warming in the Arctic and in the desert. Banerjee’s books include Arctic National Wildlife Refuge: Seasons of Life and Land (2003; the accompanying Smithsonian exhibit was censored by the Bush Administration, revived by the California Academy of Science, and travelled throughout the U.S.); and Arctic Voices: Resistance at the Tipping Point (2012). He received a 2012 Lannan Foundation Cultural Freedom Award.