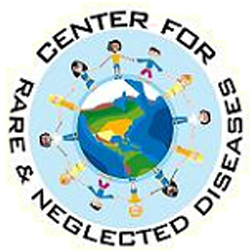 Prof. Federle's research focuses on discovering and understanding how bacteria communicate among themselves as a means for organizing group behaviors, especially behaviors facilitating the initiation and progression of disease in humans.

Cell-to-cell communication in bacteria, termed Quorum Sensing, relies on a language of small, secreted signaling molecules called autoinducers. Bacteria detect and respond to autoinducers through various types of receptor proteins sitting atop gene regulatory networks. It is his goal to identify and describe the production and structure of new autoinducers and their cognate signal-transduction networks that contribute to the pathogenic state of the microorganism.

His lab will use classic bacterial genetic and molecular biology techniques combined with conventional genomic, proteomic and metabolomic analyses to identify components and targets of these signaling systems. Structural analysis of autoinducers and receptors, as well as screening for inhibitory compounds, will also be a focus of our work. He is concentrating my efforts on Gram-positive pathogens, as these organisms pose the most current threat in developing resistance to multiple antibiotic treatments. It is his hope that his group's research will lead to the development of new therapies that exploit and confuse communication systems bacteria use to organize attacks on the body.