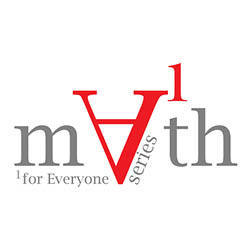 The Math for Everyone series features math-related talks and discussions especially for undergraduates. Everyone, from Fields medalists to math phobes, is welcome to attend.

In science, we use the plot of a data set to infer relationships between the quantities being measured. We do this because the information then has the shape of a graph and Calculus taught us that the shape of the graph has meaning. For example, weather stations at airports across the country record the air pressure at the surface at a common time; from the plot of these strings of three numbers (pressure, lat., long.) meteorologists spot the highs and lows of pressure and map the pressure gradients to estimate wind direction and velocity.  With the personal computing and internet revolutions, individuals, companies, and governments are collecting and storing vast amounts of information with the hopes of inferring relationships among the variables being measured.  Much of this information is quantitative and can be thought of as large strings of numbers which, in turn, can be thought of as points in a high dimensional space the same way that strings of three numbers can be thought of as points in 3-space.   Computational topology (or CompTop for short) is a rapidly developing field of applied mathematics, statistics, and computer science which is harvesting the fruits of a vast subject of 20th century research mathematics (algebraic topology) and bringing it to this 21st century market.  This talk will help you understand how mathematicians think broadly about "shape" in higher dimensions and survey some of the amazing applications produced by the leaders in this field to cancer research and neuroscience.