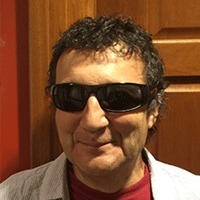 Advances in experimental techniques, including fMRI, optical imaging, multi-electrode recordings, and optogenetics, combined with sophisticated data analytic tools, are shedding light on the intricate functional architecture of specific brain regions. In this talk, Professor Bressloff will present a neural field theory of geometric visual hallucinations, and will describe a neural field theory of binocular rivalry waves. He will also discuss how stochastic neural fields can be used to investigate the stimulus-dependent suppression of neural variability in multiple-attractor networks.

Refreshments will be served immediately before the lecture at 3:30 p.m. in the Jordan Hall galleria.