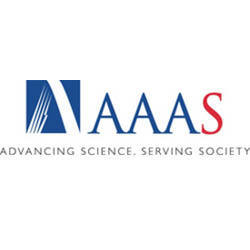 From the election to the economy, mathematical and computational models have been gaining mainstream recognition for their successes in predicting human behavior – and now similar models may be used to predict the behavior of cancer cells in the human body.

The session included presentations by Philip Maini from Oxford University, Martin Nowak of Harvard University, and Kathleen Wilkie of the Tufts University School of Medicine.

Maini—who recently gave a talk (1.12MB PDF) at Notre Dame as part of the Charles Edison lecture series—presented on ecological models in cancer research.  Modeling approaches similar to those used in predicting the role of environmental factors on invasive species, he believes, can be used in cancer biology to predict the metastasis of cancers in certain cellular environments.

During his talk on cancer genetics, Nowak addressed the chromosomal irregularities of cancer cells, using mathematics to model the accumulation of genetic mutations.  In the final presentation of the session, Wilkie discussed her research in immune response to cancer including modeling immune-induced tumor growth inhibition and stimulation.

The session presentations were followed by a discussion of the future of coupling genetic data with mechanistic mathematical and computational cancer modeling – and how the models may help in developing future cancer therapies. 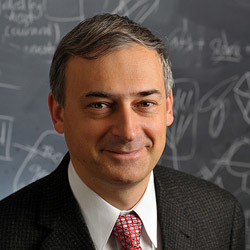 "The integration of mathematical and computational modeling approaches with statistical analysis of the experimental and clinical data can lead to breakthroughs in understanding of the cancer growth, which will be translated into novel patient specific therapies and development of new drugs." says Alber. "Our computational biology group in the ACMS department at Notre Dame is starting a collaborative project on studying cancer with the Harper Cancer Research Institute (HCRI) based on combination of multi-scale modeling and experiments.”

Titled “Multi-Scale Study of Cancer,” the session took place in Boston on February 15, and was proposed to the 2013 AAAS Annual  Meeting Scientific Program Committee by Alber and colleague Jill P. Mesirov, director of computational biology and bioinformatics at the Broad Institute, MIT and Harvard University.