The annual Center for Mathematics Thematic Program spanned from the end of May through the third week of June, a week longer than the previous eight years the popular international conference has been held at the University of Notre Dame. 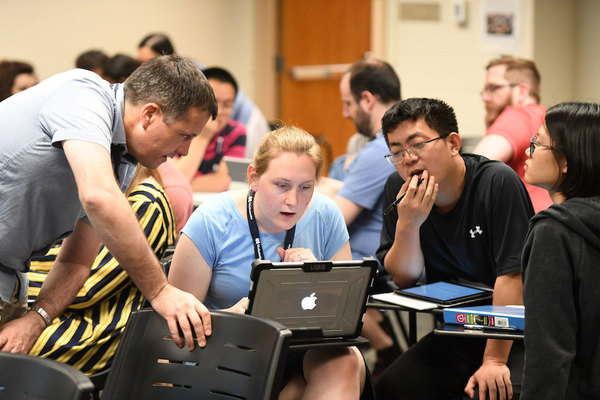 The graduate student portion of the conference was extended to two weeks instead of one, and was held after the week for undergraduate students and before the week-long international conference for professionals. This year’s conference, in honor of Purdue University mathematics professor Bernd Ulrich, focused on commutative algebra and its interactions with algebraic geometry.

In addition to the extra week, the conference also had nearly twice the number of attendees and several more speakers.

Polini sought a partnership with the National Science Foundation, as in years past, and also won a competitive bid to partner with the Mathematical Sciences Research Institute (MSRI) at the University of California-Berkeley to make the expanded program a reality. The program also was sponsored by the National Security Agency and the Institute of Applied Mathematics in Minnesota. 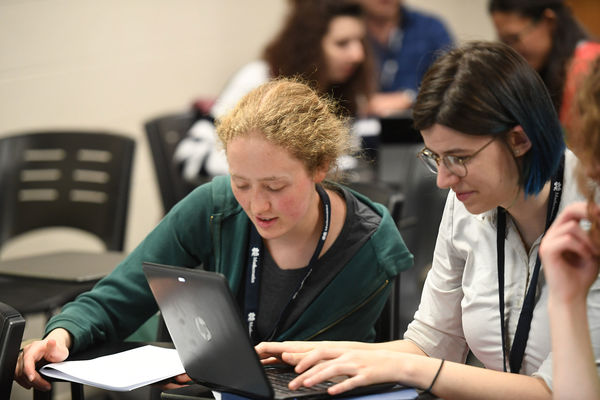 Seventy-five students were selected to participate in the graduate student part of the program, up from 40 in years’ past, primarily because of the partnership with the MSRI. Notre Dame was to select 20 and MSRI was to select 20, but because of the overwhelming number of applications, Polini and those at MSRI realized they didn’t want to overly limit enrollment. Furthermore, diversity during the entire program was important for Polini.

During the graduate week, students heard lectures in the morning, but afternoons were dedicated to working on problems in groups, which allowed more contact with professors and a more interactive learning experience.

During the undergraduate week, lectures filled the mornings, with afternoons and evenings dedicated to group workshops, panel discussions, and social activities. Undergraduates were given the opportunity to learn more about mathematical research during a panel discussion, and received advice about not only how to apply for graduate schools and fellowships, but also how to approach the graduate school experience. 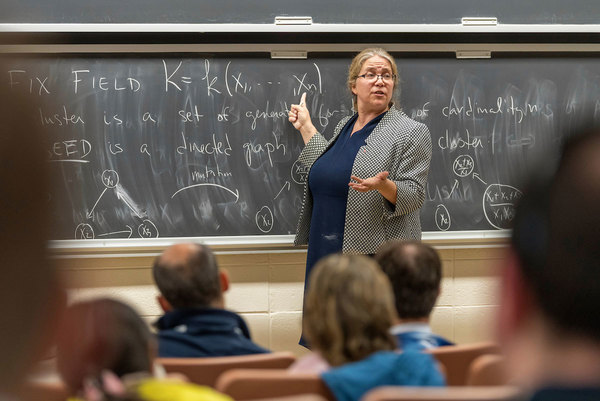 The final week of the conference was dedicated to professional mathematicians. Highlights included planned lectures by several prominent mathematicians from Europe, South America, and the United States. These included National Academy of Sciences (NAS) member Karen Smith, the M.S. Keeler Professor of Mathematics at the University of Michigan, David Eisenbud of the University of California, Berkeley, and more than 20 others.

One strength of the annual thematic program is in the way the lectures and workshops expand mathematicians’ skills into areas they might not have considered.

“I am filling in gaps in places I know I needed to be more well-rounded in,” said Kalila Sawyer, a fourth-year mathematics graduate student from the University of Kentucky, whose primary area of study is in algebraic geometry.