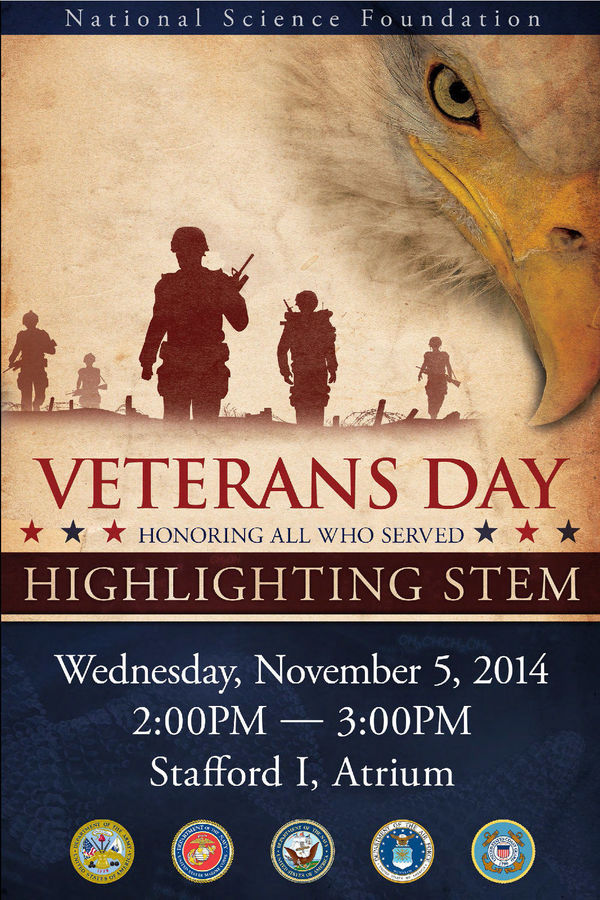 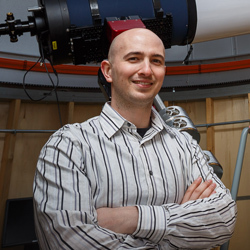 Physics graduate student and U.S. Army veteran Luis Morales is one of 11 military veterans who was honored by the National Science Foundation (NSF) with Graduate Research Fellowships on November 5, 2014 in Washington, D.C. During the official visit to the NSF headquarters, the group was recognized with a formal ceremony highlighting veterans and their contributions to the science, technology, engineering, and mathematics fields. The 11 fellows also participated in a poster session to discuss their research and personal motivations in pursuing graduate school in their field of interest.

After serving in the Army, Morales moved to Elkhart, Ind. and began working in the Nuclear Science Laboratory at Notre Dame in 2011 while he was an undergraduate student at Indiana University – South Bend. Morales and his group participated in the design, construction, and testing of a new detection system for the St. GEORGE Recoil Separator (Strong Gradient Electro-magnet Online Recoil separator for capture Gamma ray Experiments), a tool used study the reactions that are responsible for the production of energy and elements in stars. In addition, Morales also participated in the NSF-funded Physics Research Experience for Undergraduates (REU) program at Notre Dame where he was mentored by Manouel Couder, assistant professor of physics.

As a first year graduate student, Morales is continuing his work with St. GEORGE to study a nuclear reaction that is responsible for the neutrons at the origin of half the element heavier than iron in the universe.

The NSF Graduate Research Fellowship program provides three years of support for the graduate education of students who have demonstrated the potential for significant achievements in science and engineering research.  Past NSF Fellows include individuals who have made significant breakthroughs in science and engineering research, as well as some who have been honored as Nobel laureates. 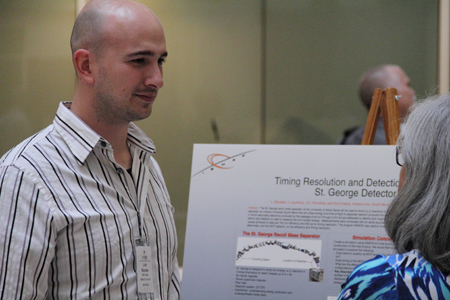 Morales presents his research at the NSF.