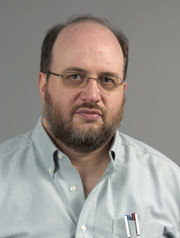 A research project headed by University of Notre Dame astrophysicist David Bennett that is aimed at discovering Earth-mass planets has been named part of the top priority space-based research project for the next decade in a new report by the National Research Council (NRC).

The report identified the Wide-Field Infrared Survey Telescope (WFIRST), scheduled to launch in 2020 as the top priority because the telescope would determine the likelihood of Earth-like planets over a wide range of orbital parameters, help settle fundamental questions about the nature of dark energy and provide surveys of our galaxy and others.

Bennett is a pioneer in a technique called gravitational microlensing, which is the technique that will be used to find Earth-mass planets and determine how common they are over a wide range of orbital distances. This will help to pave the way for future missions that will be able to directly image Earth-like planets around nearby stars and search for signs of life in the atmospheres of these planets.

“WFIRST’s extoplanet survey will be sensitive to planets down to the mass of Mars having orbits larger than about half of Earth’s,” Bennett said. “WFIRST will complement and complete the statistical census currently being conducted by NASA’s Kepler mission, resulting in an unbiased survey of the properties of planetary systems. The results from these surveys will give us a complete picture of the basic properties of planetary systems which will help us understand how planets form and gain the ingredients needed for life.” 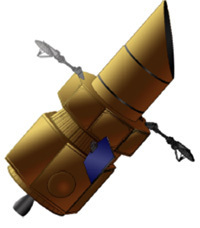 The other major WFIRST project will be a study of the nature of mysterious dark energy, which is causing the expansion of the Universe to speed up.

When two stars are perfectly aligned as seen from Earth, the gravitational field of the foreground star acts as a lens to magnify the background star. Astronomers don’t see the planet or the star that is orbiting, but the effect of their gravity reveals the existence of a planet around the lens star.

The decadal survey historically has served as the blueprint federal agencies such as NASA, the National Science Foundation, and the U.S. Department of Energy, use for formulating their astronomy astrophysics budget requests.