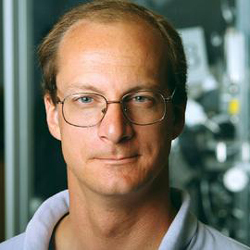 Peter C. Burns will be honored by the Mineralogy Association of Canada at their annual meeting in Whitehorse, Yukon, Canada this June with the association’s 2016 Peacock Medal. Awarded since 1982, the medal recognizes a scientist who has made outstanding contributions to the mineral sciences in Canada.

Burns is best known for his research work in actinide materials, including uranium and thorium mineralogy and geochemistry, actinide environmental chemistry, actinide solid-state chemistry (especially of uranium and neptunium), and the nanoscale control of actinides. Starting in 2005, Burns developed a family of more than 100 nanoscale uranium oxygen cage clusters that self-assemble in water and is now developing applications for these clusters that will take advantage of their unique properties. His research has produced more than 360 published archival journal contributions as well as three books.

The Mineralogical Association of Canada (MAC) was formed in 1955 as a non-profit scientific organization to promote and advance the knowledge of mineralogy and the allied disciplines of crystallography, petrology, geochemistry and mineral deposits. The Peacock Medal, formerly the Past-Presidents’ Medal, has been awarded annually since 1982 to a scientist who has made significant contributions to the mineral sciences in Canada and is recognized for the breadth and universality of their contributions. Previous recipients of the medal are:

Originally published by Barbara Villarosa at energy.nd.edu on May 04, 2016.