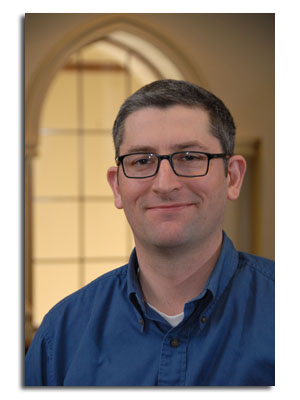 Chaloner strongly believes in the value of undergraduates pursuing original research with mentorship from faculty. According to Chaloner, “Undergraduates should conduct research because it is simply the best way to learn how to ‘do science’.” He recommends that students talk to their professors about undergraduate research and continually keep their eyes and ears open for opportunities, on and off campus. Since competition can be intense, Chaloner advises students to apply to as many different programs as possible in order to maximize their chance of success.

Chaloner has been a Research Assistant Professor in the Department of Biological Sciences since 2005. He originally came to the University of Notre Dame in 2000 to work as a Post-doctoral researcher in the Stream Ecology Laboratory. He earned his Ph.D. in Zoology at University College London in the United Kingdom.

Chaloner has taught several undergraduate courses including General Ecology and Earth in Crisis – Current Environmental Issues. His current research interests include the ecological influence of Pacific salmon on streams in Alaska and the Great Lakes, funded by grants from the U.S. Department of Agriculture and Great Lakes Fishery Trust, and the ecotoxicology of ionic liquids, a novel replacement for organic solvents used in industry, funded by grants from the National Oceanic and Atmospheric Administration.