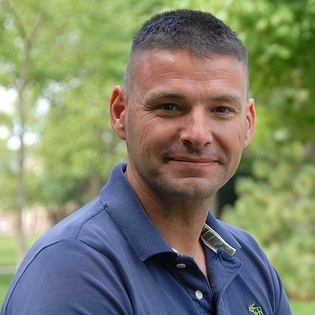 The Natural Sciences and Engineering Research Council of Canada (NSERC), a federal agency which administers funding for university-based research, has appointed Philippe Collon, associate professor of physics, to a three-year term as a committee member of the Scholarships and Fellowships Selection Committee.

NSERC invests in Canadian science and technology innovation through grants and scholarships, as well as by building partnerships between higher education, government, and the private sector. Its work has a broad effect on the Canadian economy and national quality of life.

A Belgian citizen and a graduate of the UniversitÃ© Catholique de Louvain and the UniversitÃ¤t Wien in Austria, Collon specializes in experimental nuclear physics. His research work involves the development of detection techniques using Accelerator Mass Spectrometry.

Collon served as the Chair of the Student Affairs Committee of the Faculty Senate, as a faculty representative at the Student Senate and as member of the Advisory Committee to the Provost on the Evaluation of Teaching, and an ex-officio member of the Academic Council. He is currently the associate director of the Center for Undergraduate Scholarly Engagement (CUSE). He was also the recipient of the 2010 Edmund P. Joyce, C.S.C., Award for Excellence in Undergraduate Teaching.