Juniors Daniel Irvine and Rebecca Marton have been named 2013 Barry M. Goldwater Scholar. They were selected from thousands of applicants to receive the prestigious Goldwater Scholarship for the 2013-14 academic year.

Congress established the Barry M. Goldwater Scholarship and Excellence in Education Program in 1986 to honor Senator Barry M. Goldwater, who served his country for 56 years as a soldier and statesman, including 30 years of service in the U.S. Senate. The purpose of the Foundation is to provide a continuing source of highly qualified scientists, mathematicians, and engineers by awarding scholarships to college students who intend to pursue careers in these fields. 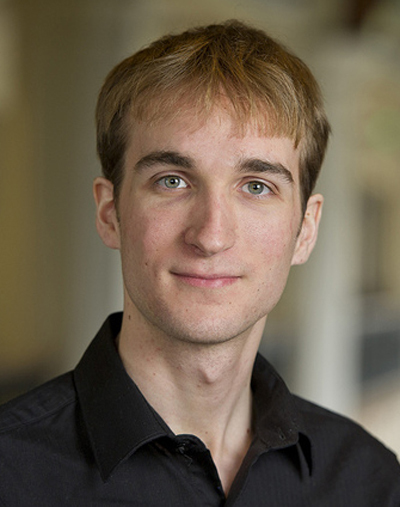 Daniel Irvine is a member of the Glynn Family Honors Program and is majoring in mathematics, with a minor in French. His passion to explore mathematics beyond the classroom began his freshman year. “During my freshman year, I was introduced to topology, and I loved it from the start. I was especially drawn to knot theory, because I found it to be visual and intuitive,” he explained.

During the summer of 2012, Irvine participated in a Research Experience for Undergraduates (REU) program at the University of California, Berkeley, focusing on symplectic geometry, which is the study of even-dimensional manifolds equipped with a closed, non-degenerate differential 2-form.  This type of geometry is the mathematical language for describing classical and quantum mechanics.

After returning to Notre Dame, Irvine met Richard Hind, associate professor of mathematics, who has a background in symplectic geometry. They are now working together on a project that combines Irvine’s love of knot theory with the research he performed at Berkeley. “This project is significant because no one has applied the techniques of symplectic geometry to the study of knots in this way,” Irvine described.  “Knot theory has applications in DNA, protein folding, chemical bonding, and string theory. Any results that come from applying symplectic geometry to knot theory could give some insight into the mechanics of these very complicated natural processes.”

In addition to his research, Irvine has participated in several mathematics reading groups. He has also served as a tutor and teaching assistant for several calculus courses. 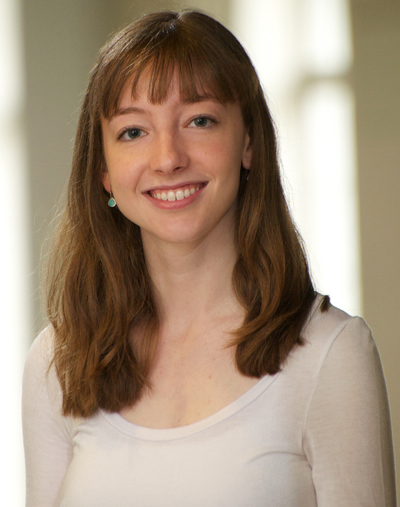 Biological sciences major Rebecca Marton has worked in the laboratory of David Hyde, The Rev. Howard J. Kenna, C.S.C., Memorial Director of the Zebrafish Research Center, since her sophomore year. Her research in the lab broadly focuses on developmental and stem cell biology and she uses zebrafish as a model to study retinal regeneration. “The zebrafish eye, which is structurally similar to the human eye, has the ability to regenerate photoreceptors in response to retinal damage.” Marton explained.  “While prior research has shown that adult stem cells in the zebrafish eye play an important role in retinal regeneration, we do not yet understand the specifics of how the stem cells carry out their reparative functions.  Understanding the processes by which zebrafish restore lost vision can offer insight into new strategies for treating comparable human diseases.”

Recently, the Hyde lab has determined that a process observed in zebrafish eye development called interkinetic nuclear migration (IKNM) also takes place during eye regeneration, but the mechanisms that facilitate IKNM during regeneration are unknown. Marton’s next project in the Hyde lab will focus on the identification of targets to inhibit IKNM in order to determine the processes that drive nuclear migration, as well as the effect of blocking IKNM on the rest of the regenerative response. The knowledge gained from her study will further the understanding of the mechanisms that govern the retinal regeneration response, and will potentially provide therapeutic targets to overcome serious and debilitating vision loss in humans.

For the last three years, Marton has helped her fellow undergraduates publish their research in Scientia, the undergraduate journal of scientific research. This year, she served as co-editor in chief for the journal.  In addition to her research work on campus, Marton had the opportunity to perform research at Cold Spring Harbor Laboratory in New York last summer where she conducted an RNA interference screen in Caenorhabditis elegans developmental timing mutants to gain insight into the processes that coordinate developmental events. Only one fellowship for a Notre Dame student to work at Cold Spring Harbor is awarded each year.