Forty-five students in the Master of Science in Data Science program toured AT&T Stadium, home of the Dallas Cowboys, and attended lectures by data scientists in January as part of an immersion weekend that supplements the online program. 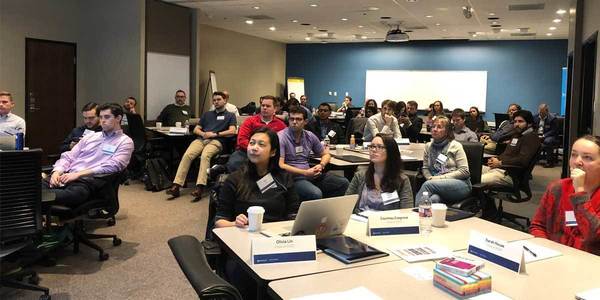 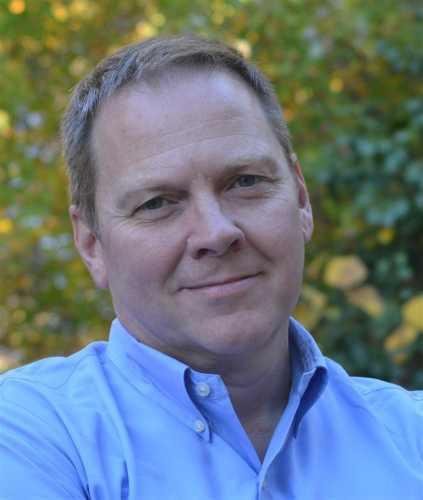 “The immersions are transformational, and are a keystone for our program,” said Roger Woodard, director of the program, which is offered by the Department of Applied and Computational Mathematics and Statistics (ACMS). “There is a fundamental issue in online learning, where you get disconnected from people, but the immersion brings students together and they’re more comfortable and open, and willing to help each other, because they realize they’re among peers.”

Two immersion weekends are offered each year. In addition to the Dallas immersion, others have occurred at Notre Dame and in Silicon Valley. During the most recent immersion weekend, students attended workshops and lectures at the AT&T Irving campus, and had the unique opportunity to tour AT&T Stadium.

Julia Silge, a renowned data scientist with Stack Overflow who holds a doctorate in astrophysics, presented the closing keynote address. Silge wrote a book on data mining in R. “It’s just like any other field – you want to be around the leaders,” said Alan Huebner, associate teaching professor and director of undergraduate studies for ACMS, who presented a lecture about linear models during the immersion weekend. “Aspiring musicians should go see concerts to hear famous players, aspiring basketball players should go see and NBA game…it’s no different for data scientists!”

Within the context of learning, there’s great value in putting all the concepts together rather than simply focusing on a single set of homework problems, Huebner noted. During an immersion weekend, the concepts are blended together, giving students the opportunity to develop connections among all areas of data science — from visualization, to analytics, to databases. 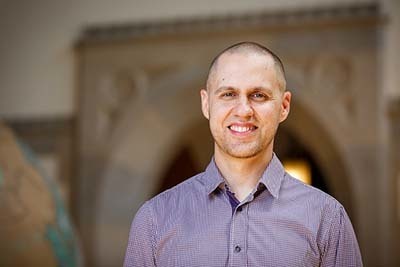 The connections made in the classrooms mirrored connections made among the participants. Michael Sayer, a student in the program who holds two additional master’s degrees he completed in a traditional classroom environment, said the disconnect in interpersonal relationships is pronounced in an online program.

However, “I was pleasantly surprised with how well this immersion program created bonds in such a small period of time,” he said. “I feel these connections may be even stronger than those I've created in the past; this might be due to all of us gathering together away from home for several days.”

For students Gina O’Riordan and Kenneth Shelley, the projects they worked on during the weekend were highlights of the experience. O’Riordan enjoyed a course in tech mining in Python, where students "crawled" a small portion of Notre Dame’s four million domain pages and built a working search engine user interface to find content the crawl had indexed.

Shelley said he also appreciated the opportunity to speak with others about careers and mingle with industry experts, all who shared insights into different career opportunities.

The half-time, 21-month degree program is completed mostly online through a custom-built digital platform that incorporates a social aspect to online learning, and even outside of the immersion, is heavily focused on creating relationships, Shelley noted.

“We don't sit in front a screen and receive a lecture; we work together to ask questions, solve problems and understand the material,” Shelley said. “With the small cohort and class sizes, you really feel the sense that everyone wants you to succeed.  We aren't competing with each other, we are learning together.”

The next immersion will take place in August at Notre Dame.

“Learning about my classmates, their career paths, their aspirations, and their passions is always a highlight of the immersions,” O’Riordan said. “The second benefit is the knowledge gained from lectures and discussion groups…. Immersions allow us to really dig in to complex or new ideas and theories that demonstrate the true value of this degree.”