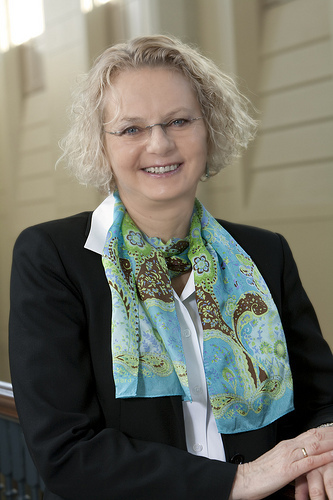 Dobrowolska received her Bachelor of Science and Master of Science degrees in physics from Warsaw University, in Warsaw, Poland. She studied experimental condensed matter physics at the Institute of Physics, Polish Academy of Sciences in Warsaw and earned her Ph.D. in 1979. She was promoted to assistant professor at that Institute in 1983. After spending two years at Purdue University as a Visiting Exchange Scholar, she joined the physics faculty at the University of Notre Dame in 1987.

As a member of the Notre Dame physics faculty, Dobrowolska served as associate chair and director of undergraduate studies in the Department of Physics from 2002 and 2006. She has earned several teach awards including, the Kaneb Teaching Award (2005), the Shilts/Leonard Teaching Award (2010), and the Rev. Edmund P. Joyce Award for Excellence in Undergraduate Teaching (2008 and 2013).

Dobrowolska’s research focuses extensively on a number of issues involving quantum structures based on diluted magnetic semiconductors. She has published over 240 journal articles in those areas. Her work has been cited over 3,400 times, with a Hirsch index of 34. In 1995, her research was distinguished by the National Science Foundation Creativity Award.  Dobrowolska is Fellow of the American Physical Society and of the American Association for the Advancement of Science.