Norman Dovichi, Grace-Rupley Professor of Chemistry and Biochemistry, and Anthony Serianni, professor of chemistry and biochemistry, have been named as Fellows of the Royal Society of Chemistry (RSC).  Fellowships are awarded to members who have made an outstanding contribution to the advancement or application of chemical science, the chemical science profession, or the management or direction of an organization in which Chemical Science is important. 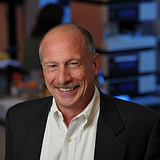 Dovichi, who came to Notre Dame in 2010, originally focused on the Human Genome Project. He is known for developing the measurement tools that allowed the project to be completed. Now that the genome is sequenced, his research focuses on developing tools to study the proteome, which is the protein content of a cell, tissue or organism.  Specifically, he is developing tools to characterize post-translational modifications of protein and to speed digestion and analysis of proteins.  His long-term goal is to study the protein expression in single cells and to determine how protein expression changes across a cellular population during cancer progression and during the development of an embryo.  Earlier this year, Dovichi earned the 2012 Robert Boyle Price for Analytical Chemistry from the RSC. 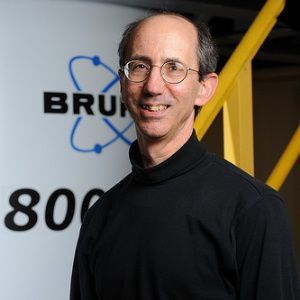 Serianni joined the Department of Chemistry and Biochemistry in 1982. He uses isotopically-labeled compounds to examine the structure, conformation and reactivity of carbohydrates and nucleic acids in solutions using modern multidimensional nuclear magnetic resonance (NMR) methods and computational techniques.  Learning about the structure of these biomolecules is critical to understanding the fundamental factors controlling molecular recognition in biological processes. Serianni is also the president and CEO of Omicron Biochemicals, a company and laboratory that synthesizes carbohydrate and sugar molecules that are used in chemical and biological research.  The company provides compounds to researchers around the world in government, academic, pharmaceutical and other laboratories.

A. Graham Lappin, professor of chemistry and biochemistry, was named a Fellow last year, bringing the total number of RSC Fellows at Notre Dame to three.

The RSC is the largest organization in Europe for advancing the chemical sciences. Supported by a worldwide network of members and an international publishing business, the RSC activities span education, conferences, science policy and the promotion of chemistry to the public.