Graduating from the University of Notre Dame in 1987, Tom Totten earned his degree in mathematics. However, math was not his first love. In fact, Totten did not love it at all.  “I was a math major and kind of hated math,” Totten said. 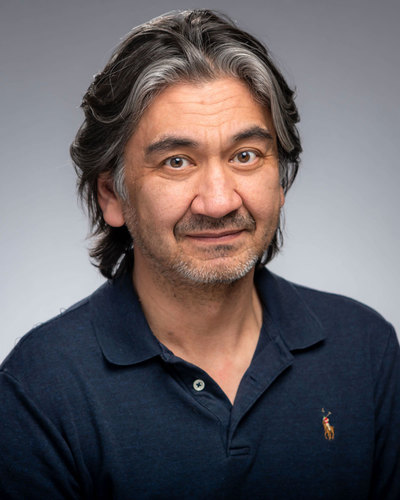 Hailing from Michigan City, Ind., not far from the University and going to Catholic schools his whole life, Totten grew up wanting to go to Notre Dame. He settled on studying math because he thought he was proficient in the field and knew he could graduate on time. Despite what he thought of math as an undergraduate, Totten has returned to Notre Dame more than thirty years later to teach as an actuary in residence in the Department of Applied Math and Computational Statistics.

It was not until his senior year at Notre Dame, however, that Totten thought he could make a lifelong career using mathematics. As he was finishing the fall semester, Totten had a conversation with his professor who suggested that he take the actuarial exam. “I was certain that I flunked it because it was 60 questions in three hours, and I answered 33 of the questions,” Totten said.

Knowing that the pass rate of the exam was only 35 percent, Totten quickly put the exam behind him and forgot about it over winter break, but that was not the end of his actuarial journey. “I came back in January to an envelope with my exam results and realized that I had forgotten about the exam. Somehow, I passed the exam, so I took it as a sign,” Totten said.

Immediately after graduating from Notre Dame, Totten continued his education and earned his master’s degree in actuarial science from Ball State University. Since then, he has been a professional actuary.

After working in the Chicago area for a few years at the beginning of his career, Totten moved back to Indiana to work for the actuarial consulting firm Nyhart, where he spent much of his career and eventually became the firm’s chief executive officer. “What I loved about the field was that I was in consulting. My job was not really about doing the math,” Totten said. “I loved turning difficult, sophisticated material into something that was understandable for my clients. The field for me was a people field versus a technical field.”

Throughout his career at Nyhart, Totten came back to Notre Dame to recruit Notre Dame graduates for the firm, and Notre Dame never really left his heart. When the opportunity arose for Totten teach at Notre Dame, he jumped on it. “I thought to myself that Notre Dame probably does not open its doors very often, so if you get the opportunity, you have got to take it,” Totten said.

Totten has loved teaching at Notre Dame so far. He now teaches courses on financial economics and enjoys interacting with his students. “Teaching is like consulting. I take complicated stuff and make it simple,” Totten said. “I love seeing my students change in the way that they think.”

But teaching does not take up all of Totten’s time. Not only does Totten still serve as chairman of the board at Nyhart, but in 2016, Totten co-founded a company called Votaire, which seeks to help people make sound financial decisions for retirement. “The problem is very simple. It is that when you retire, you have a pot of money and it has to last a lifetime because you have no more money coming in,” Totten said. “So how do you do that when you do not know how long you are going to live?”

To alleviate that problem, Totten and his company developed software to help people manage that risk of uncertainty. Totten wants to focus on young people because he believes that many young college graduates have little financial knowledge and so hopes that Votaire can help people make the best choices for the future. These decisions may include when to purchase life insurance or how much money to invest in a certain area. “It’s what I call a robo advisor. Using algorithms and other methods to recommend the best decisions you should make,” Totten said.

With all of his roles, Totten has enjoyed working while being back at Notre Dame. “You are not really going to know until you leave, but after you leave, you figure it out. Man, this was a really special place for me,” Totten said.

Totten's position was established and jointly funded by Edward and Becky Delahanty and Windhaven Insurance Company.  Edward Delahanty '63 earned his degree in mathematics, and was a former managing director at AonHewitt. He is also a College of Science Advisory Council member. He and Becky are also parents of two Notre Dame graduates. Jimmy Whited '97 MBA is the CEO of Windhaven.