Bella Dugard did not hesitate when asked about her future career path. She answered “marine biologist.”

This might not be an unusual answer from a student standing outside a biochemistry laboratory on the second floor of Notre Dame’s Jordan Hall. What is uncommon is that Dugard is in sixth grade.

“I’ve always known I wanted to be in science,” said the Good Shepherd Montessori School student. 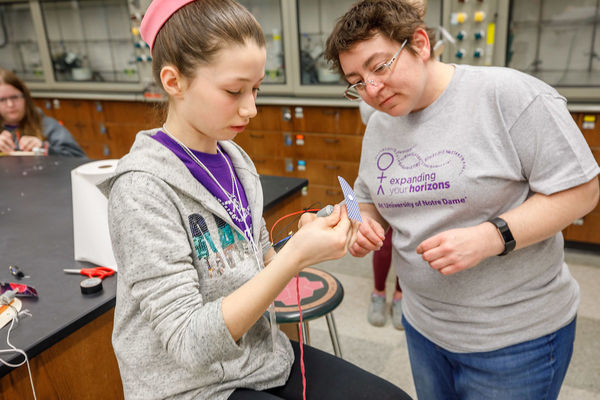 She was just one of 289 sixth, seventh and eighth-grade girls attending the 21st Annual Expanding Your Horizons (EYH) Conference April 28 at Notre Dame. EYH is a national organization begun in 1974 by a group of scientists in San Francisco concerned that women were underrepresented in the math and science fields.

The Notre Dame conference is one of 80 conferences nationwide with more than 25,000 girls being exposed to STEM (science, technology, engineering and math) careers and the women who work in such diverse areas as bioengineering, forensic science, cancer research and physical therapy. 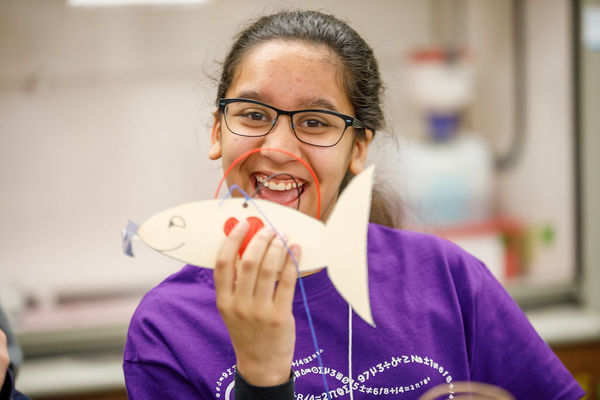 Samantha K. Atkins  ’18 Ph.D. bioengineering, Notre Dame’s EYH director, volunteers to motivate girls to look at STEM careers at a young age. “Last year, I was inspired by a girl who was very shy and quiet at the beginning of the day,” said Atkins. “I said ‘hello’ to her and asked her what she was interested in. She responded that that she didn’t think she would have the chance to go to college.

“But she was beaming at the end of the day. She found me and told me she wanted to be a forensics nurse.” That made the volunteer commitment to this conference worth it for Atkins, who is a first-generation college graduate from Merrillville, Indiana.

Volunteer Alexandra Chirakos, a Columbus, Ohio, native and doctoral student in biological sciences. Chirakos led the “Disease Detectives” workshop, which allows girls to discover in one hour exactly which bacteria made a family member ill on vacation. The girls were assigned four tests: a streak for isolation, a common gram stain, a Catalese and an Oxidase test.

Chirakos gave the girls some advice before the workshop began: “take chances, make mistakes and get messy.” In her third year as a volunteer, Chirakos said the day is exciting because it gives girls the opportunity to see women doing science, and at the same time have fun learning how to be a microbiologist for a day. “If you can see it, you can be it,” she said. 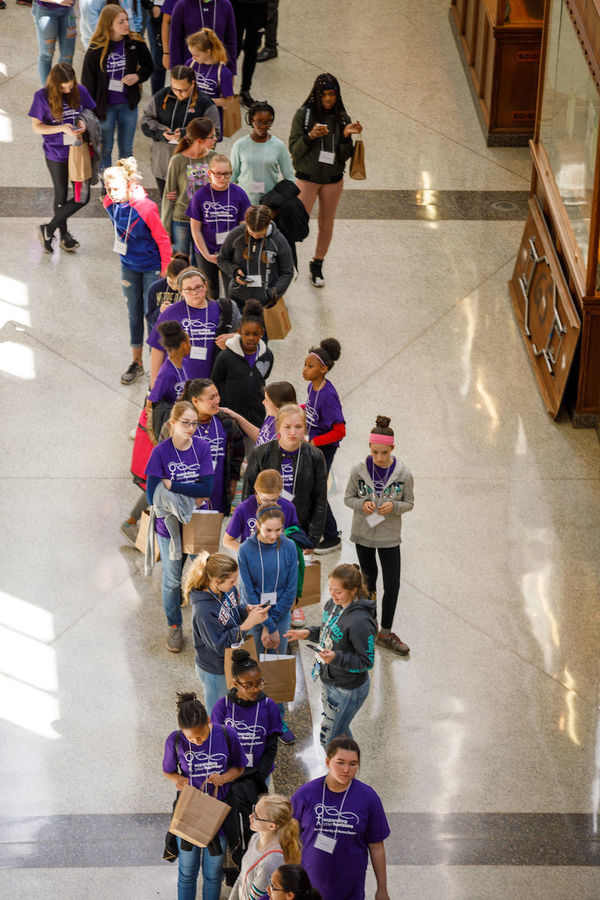 As a “treat” at the end of the workshop, the girls went into a room at the back of the lab to see some glowing bacteria commonly found in deep sea fish in various parts of the world. One use of the eerily blue and green substance is to determine the toxicity of aquatic environments. “Not all bacteria are bad,” added Chirakos. 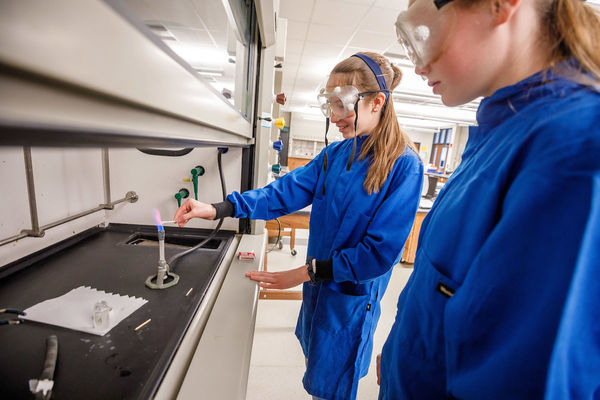 The conference is so beneficial that Diane Dudzik, a teacher at Eggers Middle School in Hammond, Indiana, has been bringing students all 21 years it has been hosted at Notre Dame. In the beginning, she brought any student who wanted to come, but now she offers it as an incentive to top seventh grade students and members of the Science Olympiad.

“It shows you different careers you might want to get in to,” said Juliana Reyes, an eighth-grade student at Eggers who came last year for the first time. She is interested in criminology as a career.

Dugard, the future marine biologist, was enthusiastic about the “Disease Detective” session because it was so interactive. She wants to come back to the conference next year. “I learned about diseases and how to figure them out,” she said.