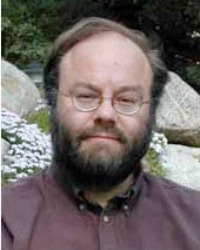 Bunker has been a member of the Notre Dame faculty since 1983, and served as department chair from 1998-2006. His research interests lie in the use of X-rays and electrons for probing the structure of solids, liquids, surfaces, and interfaces. Specifically, his group is involved with using X-ray absorption spectroscopy (XAS) and X-ray scattering to study the structure of random semiconductor alloys, solid-solid and solid-liquid interfaces, two-dimensional phase transitions at surfaces and interfaces, and structure of liquids, and systems of environmental interest. He currently serves as Chair of the Executive Committee of the International X-ray Absorption Society. He was recognized by the APS “for contributions to the development of X-ray absorption spectroscopy and applications to complex nanoscale materials.” 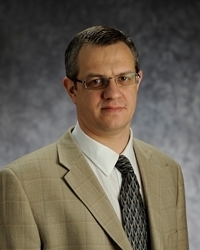 Toroczkai joined the faculty of Notre Dame in 2006. He served as Director for the Interdisciplinary Center for Network Science & Applications (iCeNSA) from 2009-2012. He is also a Concurrent Professor of Computer Science and Engineering. Toroczkai’s research interests are in agent-based systems, complex networks, biophysics, computing, and fluid dynamics. The APS named Toroczkai a 2012 fellow “for his contributions to the understanding of the statistical physics of complex systems, and in particular for his discoveries pertaining to the structure and dynamics of complex networks.”

Any active APS member is eligible for nomination and election to Fellowship. The criterion is exceptional contributions to the physics enterprise; e.g., outstanding physics research, important applications of physics, leadership in or service to physics, or significant contributions to physics education. Fellowship is a distinct honor signifying recognition by one's professional peers.

Originally published by Shelly Goethals at physics.nd.edu on November 20, 2012.