On Saturday, September 26, the College of Science hosted a panel discussion entitled, “Science, Religion, and Environmental Change" as part of its annual Science Exploration Series. The discussion focused on the Pope’s encyclical on climate change and the importance of recognizing our obligations based on the message of the encyclical.

Mary Galvin, William K. Warren Foundation Dean of the College of Science, opened the discussion with the news that there were 32 giga-tons of carbon dioxide (CO2) released worldwide last year, which is  equivalent to approximately 14 million Houston Astrodomes.  The University has committed to stop burning coal within the next five years and will reduce it’s carbon footprint by half. While Dean Galvin said that we do not have a solution today to switch completely to renewable resources, she expressed hope that this switch will happen soon. 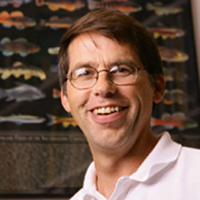 David Lodge, the Ludmilla F., Stephen J., and Robert T. Galla Professor of Biological Sciences and director of the Environmental Change Initiative, was the first on the panel to speak and shared four observations from the Pope’s encyclical. First, Pope Francis takes science very seriously and he does not deny that climate change is happening now. Second, the Pope was clear that concern about environmental change is a moral concern. Third, the dichotomy between environmental and economic development a false one—we do not have to give up economic development in order to make our environment better. Lastly, we have an obligation to future generations to improve the situation. Lodge said that our lives are gifts from God, and it’s in that context that we have to think about these issues. 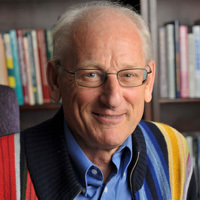 The next panelist to speak was Georges Enderle, the John T. Ryan Jr. Professor of International Business Ethics, who discussed Catholic Social Teaching in relation to the encyclical. Enderle claims it is important for us, in the context of dealing with climate change, to recognize the dignity of the human person by recognizing what is happening to people, not just to systems or ideologies. He also emphasized that our relationship with nature is not just about statistics and figures, but that we must treat the world as a sister with whom we share a common home. He stressed that there must be action at all levels, with people, companies, and systems, and that companies need solidarity, compassion, justice and love. 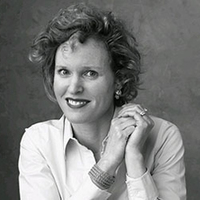 Joyce Coffee, managing director of the Notre Dame Global Adaptation Index (ND-GAIN), was the next to speak, and began by saying that Pope presents climate change as a social issue. She focused heavily on the importance of recognizing the impact of climate change on third world countries, who experience ten times the climate impact that first world countries experience on an annual basis. Coffee believes we need to decrease the risks to the poor and increase collateral benefits of adapting and mitigating climate change. 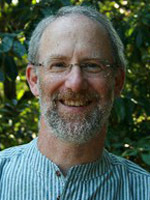 Alan Hamlet, assistant professor of civil and environmental engineering and earth sciences, studies issues involving water and the environment and spoke on how water is embedded in all of the climate change issue we are facing today. He stressed a great need to move beyond the use of historical records for future planning and instead advocates using models instead of observations for decision making. He believes that there is not much we can do to slow the climate changes and their impacts down significantly, so we need to start adapting.

Dean Galvin concluded her questions to the panel by asking what role we at Notre Dame need to play to address these issues. Enderle felt that it is first important to increase our awareness and knowledge of these climate change issues, but that we also need to think seriously about how we can hire faculty who specialize in science and philosophy or engineering and theology, especially for the Keough School of Global Affairs that will open in 2017.  Hamlet offered that it is important for Notre Dame, as a Catholic institution, to address the justice issues that are embedded in water and climate change issues.