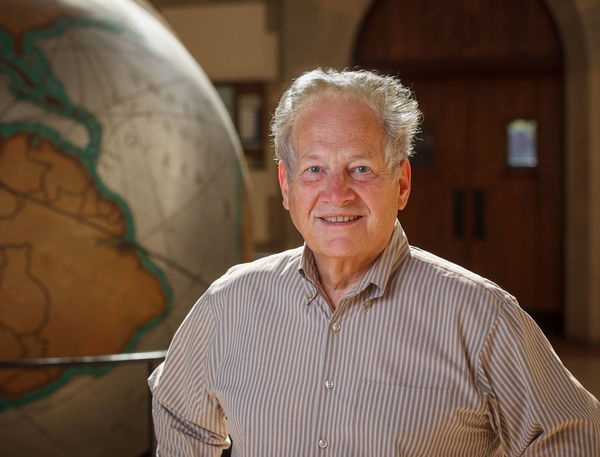 The Council on Undergraduate Research (CUR) and the Barry Goldwater Scholarship and Excellence in Education Foundation will be presenting Francis Connelly, professor emeritus of mathematics the inaugural 2014 CUR-Goldwater Scholars Faculty Mentor Award.  The award will be presented on June 30 at the closing banquet of the 2014 CUR Conference in Washington, D.C.  In addition to a plaque commemorating the award, the University of Notre Dame will receive a $5,000 award in support of the Seminar for Undergraduate Mathematical Research (SUMR) program, which was founded by Connolly.

“Frank Connolly is one of the most accomplished mathematicians who has devoted his life to developing undergraduates in mathematics. Under his direction, guidance and support, countless students achieved success and earned national fellowships, awards and scholarships such as the prestigious Goldwater Scholarship. We are so pleased to see Frank receive this award,” said Greg Crawford, dean of the College of Science.

“While we had many strong nominations for the CUR-Goldwater Scholars Faculty Mentor award, Frank Connolly’s nomination and work with undergraduates stood out,” said Dr. John Mateja, Chair of the award selection committee. “In a field where many faculty would have said it was not possible, Dr. Connolly transformed novices into research mathematicians, changing the Notre Dame math department’s entire program and way of thinking about undergraduates in the process,” Mateja further stated. In addition to mentoring an impressive number of Goldwater Scholars, the SUMR program Connolly established in 1989 has supported the work of 98 undergraduates, 46 of whom have won nationally competitive fellowships and 42 of whom have received doctoral degrees in mathematically related sciences. At his retirement dinner last year, one of Frank’s former students paid him a tribute, the sense of which the committee found throughout his nomination materials. He said, “Frank’s most valuable quality as a teacher was believing in his students, even more than they believed in themselves.”