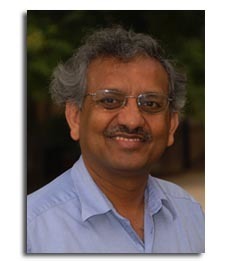 Umesh Garg, professor of physics, has been elected as a member of the executive committee for the National Physics Research Experience for Undergraduates (REU) Leadership Group. The group of leaders aims to publicize physics REU programs and to foster communication among physics REU sites. Garg will serve on the committee until 2013.

Garg leads the University of Notre Dame Physics REU program, a program now in its twenty-fifth year which is widely recognized as among the most effective and successful programs in the country. More than 400 students have participated in the program since its inception. The program attracts more than 200 applications from all over the United States for about 15 available positions each summer. The 2010 REU program was the largest ever, with 24 participants, including 10 women and 5 students from traditionally under-represented minority groups. They came from 14 different states, from a community college in California (American River College) as well as big universities on the East Coast (Stony Brook and Rutgers).

Undergraduate researchers in the program work closely with faculty and graduate students on a variety of current research projects. Last summer, they worked with 22 members of the Physics faculty in areas of Astronomy and Astrophysics, Biophysics, Condensed Matter Physics, High Energy Physics, Nuclear Physics, and Physics Education.