There’s the geometry that most of us studied in high school—the type that taught us to understand shapes and angles and measure distance. And then there’s complex geometry (that’s its actual name), which uses vastly more algebra. In between these fields is Kahler geometry, which provides a source of examples of spaces with special curved properties that can be used by mathematicians and physicists alike, according to Gabor Szekelyhidi, professor of mathematics. 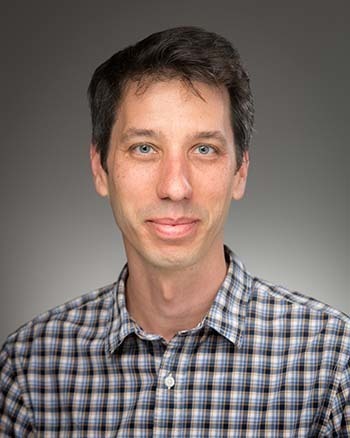 It’s this type of geometry—the study of curves and surfaces using calculus—that brought undergraduate and graduate students, as well as experts in the field, to Notre Dame’s Hayes–Healy Hall in June 2017 for its 7th consecutive Center for Mathematics Thematic Program. Each year spotlights a different topic, but the structure, completed in three weeks, is similar. The first week featured an undergraduate summer school, and was followed the second week by a graduate student and postdoctoral fellow workshop. A conference of international experts convened during the third week to describe new developments within the field. Szekelyhidi, whose research interests are focused on this type of geometry, served as host.

Physicists are particularly interested in Kahler geometry because its examples are important in describing the universe, according to Szekelyhidi.

“Kahler geometry gives specific solutions to Einstein’s equations,” said Tommy Murphy, a conference attendee and speaker, and an assistant professor of geometric analysis at California State University-Fullerton. “It’s our job to create the catalog, to churn out the examples, for physicists to use.”

Creating that catalog doesn’t even have to have a practical application for Kate Brubaker, a graduate student in mathematics at Purdue University. Because for her, the area of math she studies “is really just fun,” she described. The first two weeks of the program were relevant and helpful for her research, she said, because speakers took time to defend and explain their theorems.

Her reaction mirrors the purpose of the vertically integrated program, which brings together mathematicians at various points of their careers. “With any conference the importance is both to have experts in the field catch up with each other’s works, and also for younger researchers and graduate students to see what the important directions are in the field, as well as to network,” Szekelyhidi said.

Twenty-five undergraduates participated in the first week, with 44 graduate students the second and 63 mathematicians for the final week. Since the beginning of the Center for Mathematics Thematic Program, 1,000 students and researchers have attended.