Mathematics graduate student Lien-Yung “Nyima” Kao recently won a Mathematical Sciences Postdoctoral Research Fellowship, a prestigious award bestowed by the National Science Foundation that allows postdoctoral students to further their research endeavors in mathematics and scientific development. This September, Kao will take his talents to the University of Chicago, where he will pursue research in dynamical systems and ergodic theory. 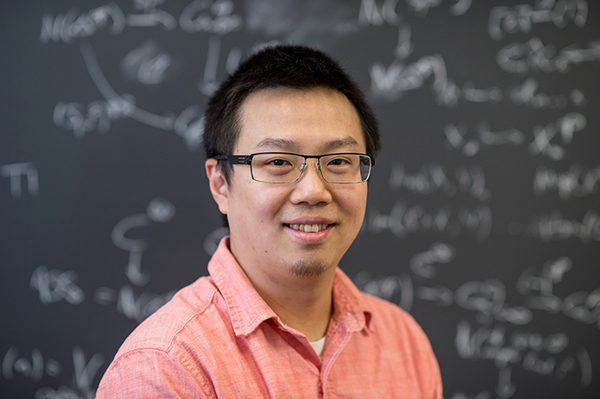 Kao is especially excited to be going to the University of Chicago. “The University of Chicago has one of the best math departments around the world, especially in my area: dynamical systems and ergodic theory,” Kao said. “The dynamical system group at Chicago is very active and lively. I believe, in such an energetic research environment, I can greatly deepen and expand my research scope.”

Kao said that without Notre Dame, he would not have won the fellowship. He particularly credited his graduate adviser. “The most important thing is that Notre Dame led me to know my adviser, Professor François Ledrappier. He means everything to my Ph.D. career. I credit Notre Dame for having this wonderful man in the math department. Without him, nothing would have been done,” Kao said. Likewise, Ledrappier did not hold back any praise for Kao. “He is hard working, intense and very gifted. During the preparation of his thesis, he covered a vast material, and I was amazed to watch him quickly catching onto a new subject, seeing the connection with his own research and making relevant observations,” Ledrappier said.

Ultimately, Kao hopes that through his work he can build better relationships between mathematicians in the U.S. and his home country of Taiwan. “As a new immigrant, I have many connections with the mathematics community in Taiwan,” Kao said. “One of my career goals is that I would like to promote the interactions between the mathematics societies in the U.S. and those in Taiwan, especially among areas of dynamical systems and differential geometry.”