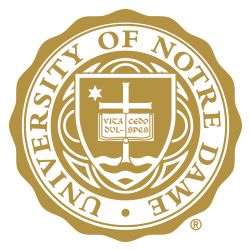 Barry Baumbaugh, professional specialist, who joined Notre Dame’s High Energy Physics Group in 1978 as an electrical engineer and played key roles in the design and construction of generations of high-energy experiments, died on Sept. 21. He was 62.

Randy Ruchti, professor of physics, who collaborated with him for nearly 40 years, said electronics and optical components developed by Baumbaugh have enabled studies of subatomic particles from Fermi National Accelerator Laboratory to the CMS experiment at the Large Hadron Collider at CERN, where it contributed to discovery of the Higgs boson. Baumbaugh was also heavily involved in QuarkNet, a program that extends physics research to high school teachers and students. An active cosmic ray detector built by Baumbaugh and the group is operating and on display at the Smithsonian National Air and Space Museum in Washington, DC.

“Over his career, Barry worked with and helped a wide range of people: physicists like Randy and myself, the rest of our technical team, graduate and undergraduate students, and high school teachers and students,” said Professor of Physics Mitch Wayne, who collaborated with Baumbaugh. “His expertise was acknowledged and respected by all.”

“There is little question that Barry Baumbaugh’s seminal contributions have touched to the very heart of the instrumentation research and development program of the High Energy Physics Group at Notre Dame and have cast a very long shadow,” Ruchti said. “We will greatly miss our colleague and friend.”