The Notre Dame Department of Physics and Notre Dame International brought high school students from around the world to campus during July 2017 for a program on particle physics. Now, data collected by those students are being used to answer fundamental questions about what happens during a solar eclipse. 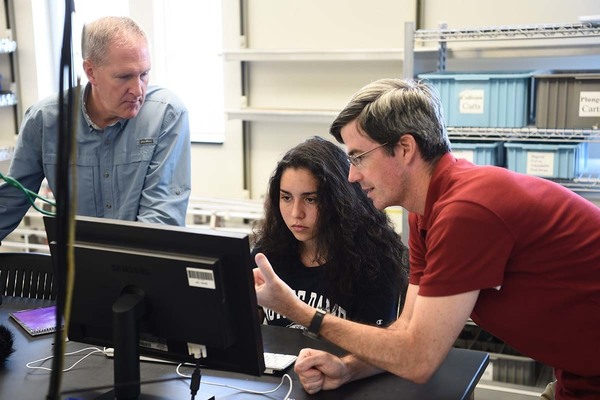 During the two-week program, students collected data on subatomic particles known as muons. The students learned that muons are formed when cosmic rays, or beams consisting mostly of high-energy protons, collide with particles in Earth’s upper atmosphere. Students then built their own cosmic ray telescopes and counted the velocity and number of muons seen within specific time periods. Their data can be used to calculate cosmic ray flux and will be compared with data collected by other schools during the eclipse. Ultimately, the students’ data provide critical information for particle physicists trying to understand how cosmic ray flux changes during a solar eclipse – a question that has never before been answered. 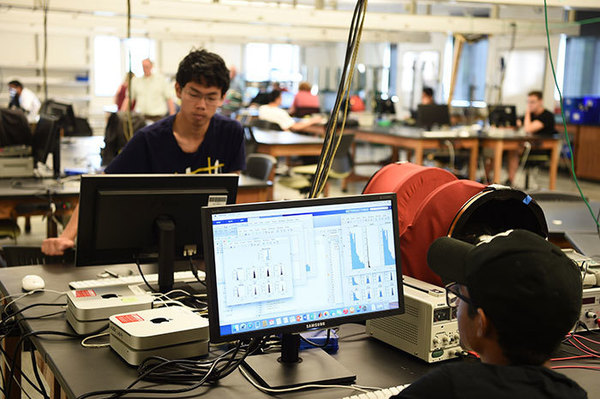 Nathan Unterman, the cosmic ray specialist who helped the students conduct their experiments, believes that doing this type of science is what sets the iSPI program apart. “It’s not like high school, where five data points are enough,” Unterman said. “They’re working collaboratively on a real, large-scale science experiment. No one knows what’s going to happen.”

According to Unterman, the students were able to collect a total of 12 million data points. Unterman highlighted that in doing so the high school students got a taste of what real research is like. They also learned concrete technical skills – like managing such a large data set, navigating complicated software, and adjusting experiments based on collected data. Students were required to write a report or create a poster explaining their work.

Thomas Loughran, a professional specialist in the Department of Physics and one of the directors of the program, sees this type of education as “an invitation to a community” – one that can help more students understand what it means to be a scientist.

“The pivotal experience that connects people to a community is the recognition that this work is important and that there’s a piece they can actually contribute to it,” Loughran said. “This is about making an effective invitation to the kids.”

The effectiveness of that invitation can be seen in the students themselves. Throughout the program, the students were engaged and interested, and many said that their experience in iSPI helped them realize their desire to pursue science in the future.

Nathanael Mamusha Lemma, a student from Ethiopia, was one of them. Now pursuing a degree in electrical engineering at McGill University in Quebec, the 18-year-old said the hands-on learning style was his favorite part of iSPI. “In high school, the teacher talks and the student accepts everything,” Lemma said. “Here, it’s not like that. We discover everything ourselves.” 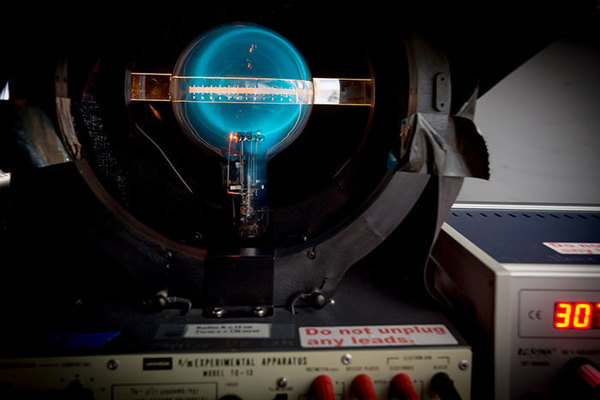 In addition to their work with cosmic rays, the students also analyzed data from the Large Hadron Collider (LHC) in Switzerland and spent a day at the Fermi National Accelerator Lab near Chicago. These events contributed to the international aspect of the program,  which Loughran said is crucial.

“Science is an intensely international community,” Loughran said. “It’s important that we represent that to the kids.”

Ultimately the students left having explored a scientific question that had never before been asked, and the experience left its mark on everyone involved. “They came here to find out something fundamental about our universe,” Unterman said. “There’s a great excitement in being part of that.”