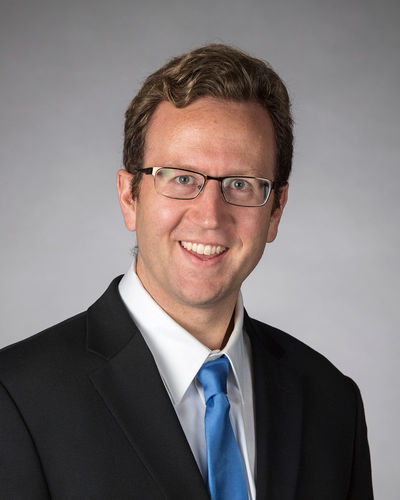 Riedl has always loved math, and so cannot describe when he started to develop a passion for it. Today, Riedl is taking his love for math further as he has taken the role as an assistant mathematics professor at the University of Notre Dame.

Hailing from West Lafayette, Ind., Riedl followed in the footsteps of both of his parents and attended Notre Dame. While Riedl contemplated pursuing a degree in computer science, his love for math won out in the end. “There was something about the chain of logic of math and seeing everything laid out that was really satisfying about it,” Riedl said.

As he approached the end of his undergraduate career, Riedl contemplated going into industry with his mathematics degree, but after an internship with a data analytics company, he realized that he wanted to enter the realm of academia and was attracted to the idea of answering unsolved questions. “I think it’s very important to have people working on pure science, with no particular immediate challenge in mind, just trying to understand the world better,” Riedl said.

After graduating from Notre Dame, Riedl completed his doctoral degree in mathematics from Harvard University, and did his post-doctoral work at the University of Illinois at Chicago.

Now Riedl focuses his research on algebraic geometry and is interested in birational geometry, rational curves, hypersurfaces, and rationality problems. Riedl is also teaching a graduate course on algebraic geometry. He hopes to impact his students by inspiring them to be logical thinkers. “It’s a big confusing world, and I think it’s a really good thing to have people who can think clearly and logically about things,” Riedl said. “I hope to help them practice that logic in my class.”

Riedl is excited to continue his career at Notre Dame, and sees his work as part of the larger work of mathematicians around the world. “Even though nothing I do may have any impact, something some mathematician somewhere is doing will turn out to be really useful in 50 or 100 years, and we can’t tell which one, so we are all sort of panning for gold,” Riedl said.