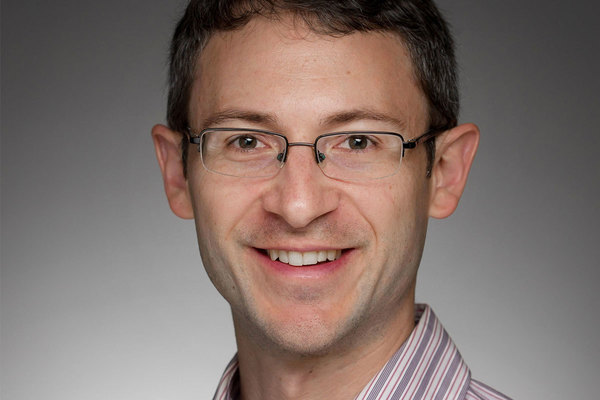 Tropical forests absorb more carbon than any other system, and therefore help regulate the earth’s climate. Lianas — woody vines — that surround trees in these forests have been shown to slow rates of tree growth, but their role hasn’t been fully studied.

Tarzan may find lianas in the jungle useful, but David Medvigy, associate professor in the Department of Biological Sciences, intends to find out what they add or take away from these ecosystems.

“They’re an evolutionary success story,” Medvigy said. “They could have a competitive advantage, because they use trees for structural support and don’t have to invest a lot of their resources into building woody trunks.

“So lianas have traditionally been thought of as structural parasites.”

Medvigy is the lead researcher on a nearly $1 million, three-year experiment funded by the U.S. Department of Energy (DOE) that will study the role of lianas in Guanacaste, Costa Rica. To study the effect of the plants on tropical rainforests, the project has three different components.

For the observational component, a team from the University of Minnesota, led by Jennifer Powers, is excavating approximately 50 mature trees and 50 mature vines from a young, experimental forest to see what the roots and systems look like underground. They want to know the weight and structure of the roots – how far they extend laterally and how deep they are. This should help discern whether lianas are competing with the trees for water, Medvigy said.

Another part of the observational process is to discover whether all liana species behave similarly, and how they change over time. The team will monitor how much wood trees and lianas add during the next few years, evaluate root growth, and perform DNA barcoding to associate particular roots with the structures above ground.

Next, Medvigy, who is affiliated with the Environmental Change Initiative, will develop a model of tropical forests that includes lianas for the first time. The simulated trees and lianas will compete for light above ground, and for water below ground.

Finally, a working group of about 25 people will be established to plan for the incorporation of lianas into Earth System Models, which are used to simulate all relevant parts of earth’s physical, chemical and biological processes. Medvigy is confident the results will present a fuller picture of the dynamics of tropical forests and carbon capture.

“One of the reasons I wanted to get involved in this process is because recent experiments showed a link between liana presence and tropical forest carbon dynamics,” he said. In fact, in one experiment, tree wood production was 75 percent greater in in forest plots that were cleared of lianas than in the control plot where no lianas were cleared.

The results are significant because of climate change. “In this light, it is alarming that liana infestation in intact tropical forests has increased in recent decades,” Medvigy noted.

Medvigy said he is grateful both for the grant from the DOE, as well as the collaboration with other researchers on the project, including those from the Center for Research Computing. One of his graduate students will be assisting with the project, and several undergraduates have expressed interest in working on the research.