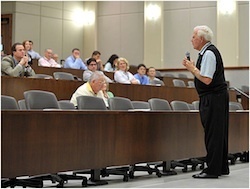 The first Michael, Marcia, and Christa Parseghian Scientific Conference for Niemann–Pick Type C Research at the University of Notre Dame drew researchers, clinicians and families from around the world. The conference, permanently endowed by the Ara Parseghian Medical Research Foundation, was held June 9–11 in the Jordan Hall of Science.

Research has made great strides in the fight against NPC since three of Parseghian’s grandchildren were diagnosed with the diseased in the early 1990s and their parents, Mike and Cindy Parseghian, started the foundation. Last summer, the foundation strengthened its ties with Notre Dame, which has focused on research in the area for more than a decade. Participants heard that some drugs already approved for other diseases show promise for treating NPC and others potential drugs are advancing toward clinical trials. 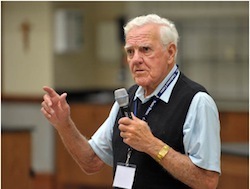 Legendary Notre Dame football coach Ara Parseghian opened the conference with a football analogy, recalling that he felt trapped on his own 1–yard line when the diagnosis came, but now the effort is well across midfield toward its goal. Cindy Parseghian closed the conference by praising the collaboration that has accelerated progress. “As our family knows, nothing gets accomplished unless we do it together,” she said. “We’ve learned that we have to lean on so many people to make this work. I want to thank you for fighting for the lives of children and children with Niemann-Pick.” 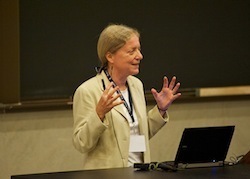 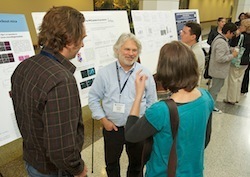 The event included a talk by Notre Dame alumnus and pharmaceutical scientist-entrepreneur Norbert Wiech about the formation of Lysomics LLC to bring previously-approved drugs to market for NPC, dramatically reducing time required for FDA approval. Two fathers of NPC victims described its impact on their families. Jim Green of Scotland, whose family received the diagnosis in 1989, described growing international efforts against the disease and marveled at progress in 22 years. “If we’d had this meeting in 1989, I don’t think any of you would have been here,” he said. “What an amazing change. This meeting represents something absolutely phenomenal in terms of development.“