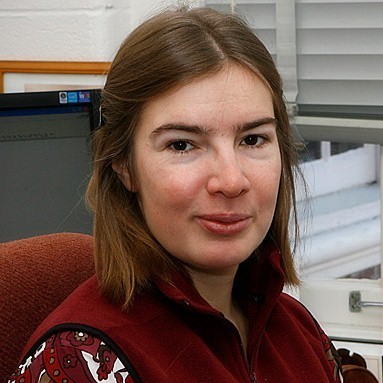 Marianna Safronova, who earned a Ph.D. in Physics at Notre Dame in 2001 and now serves as an associate professor at the University of Delaware, has been named the Woman Physicist of the Month for August 2012 by the American Physical Society's Committee on the Status of Women in Physics. Each woman so recognized is nominated by a peer whose life or career she has influenced.

In her ten years at Delaware, Safronova has become a leader in the theory of atomic structure, bringing new excitement to this venerable field with her pioneering calculations and her precise, versatile thought. She has been sought out by experimentalists in a vast array of fields: the next generation of atomic clocks, dynamics of ultracold atoms, quantum information processing, tests of fundamental symmetries, physics beyond the Standard Model, and searches for time variation of the fundamental constants.

The breadth and depth of her research is matched only by her industrious publication: a paper every five weeks since 2010. Colleagues also know her for her infectious spirit of intellectual adventure, accomplished photography, and outstanding mentoring. In fact, her first four graduate students have all received Ph.D.s and found research positions.

Prof. Safranova was advised by Prof. Walter Johnson at the University of Notre Dame.

Photo courtesy of the University of Delaware (www.udel.edu).

Originally published by Rachel Fellman at physics.nd.edu on August 09, 2012.