Richard Hind has been appointed to a three-year term as chair of the Department of Mathematics, effective July 1, 2019. He replaces Jeffrey Diller, who will step down after his term ends in June. 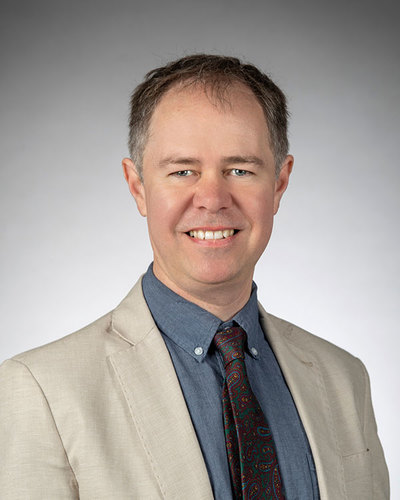 Hind, professor in the department, has been serving as associate chair. “He has been an integral member of his department for almost two decades, and has served in a variety of key roles that have helped prepare him for this next appointment,” said Mary E. Galvin, the William K. Warren Foundation Dean of the College of Science. “Simultaneously, Professor Jeff Diller nears the end of a very successful appointment as department chair.”

During Diller’s term, the department saw much new activity in the areas of geometry and topology, helped along by support from a large NSF Research Training Grant in those fields, and a University “Advancing Our Vision” initiative in topology and quantum field theory.  Summer programs and other conferences sponsored by the Center for Mathematics at Notre Dame have gained popularity, with this summer’s thematic program in commutative algebra slated to be the longest and largest so far.

At the undergraduate level, the department honors program continued its tradition of academic success, with graduating seniors this year earning a Marshall Scholarship and two National Science Foundation Graduate Fellowships.  Newly available space in Hurley Hall made it possible for the department to start a continuously staffed “math help room” as a central source of assistance for freshmen and sophomores who take a wide variety of math courses.

As associate chair, Hind was responsible for coordinating teaching and exam schedules for more than 130 courses a year, Diller noted, adding that Hind’s thoughtful and engaging personality will do much to allow the department to run smoothly.  “The math department is structured so a lot of decisions are made collaboratively,” Diller said. “Professor Hind will keep that sort of spirit going.”

Hind said he’s excited to continue new modes of teaching that have already started, including teaching with a so-called flipped classroom, where students read the material in advance, then spend class time working collaboratively to solve related problems. In terms of research, Hind is looking forward to the Center of Mathematics four-week conference in June.

“We have made great hires; research is exciting, and hopefully that will continue,” Hind said.

Hind receive his bachelor’s degree from Cambridge University, and his doctoral degree in mathematics from Stanford in 1997. His research interests include complex and symplectic geometry.