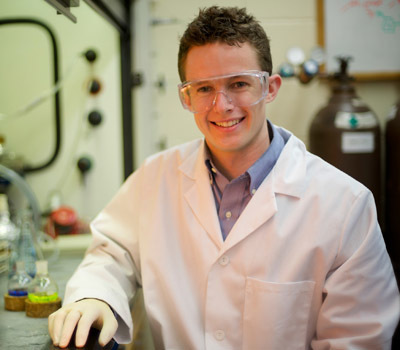 Two College of Science students have received Fulbright scholarships to conduct research in Singapore this year. Patrick Kramer, who earned a bachelor’s degree in chemistry this year, and Amy Klegarth, a third year graduate student who has worked in Singapore before, will be involved in different kinds of research.

Kramer, who was born in Singapore and grew up in Ohio, will work for a year as an organic chemist in the laboratory of Thorsten Wohland in the National University of Singapore. The laboratory studies the virus that causes dengue fever. Kramer will make fluorescent labels to enable study of how the proteins are made and how the virus functions, aimed at developing drugs or vaccines to combat the disease. Kramer conducted summer research for two years in the laboratory of Brad Smith, which synthesizes fluorescent dyes. He was a walk-on punter who dressed for home games under Coach Charlie Weiss. As a sophomore, he took a Scientific Entrepreneurship course and was part of a team that competed in the McCloskey Business Plan competition. Kramer intends to become a medical doctor and continue to conduct research. 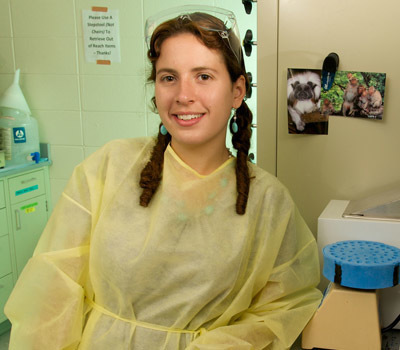 Klegarth, whose dissertation involves the population genetic structure of urban monkeys in Singapore, will deploy GPS collars to track the movements and interactions of long-tailed macaque populations. She has conducted pilot tests for brief periods with the collars, and the nine-month scholarship will permit longer-term observations. She will also collect saliva samples to track the genetic flow of the macaque groups in the urban landscape. Klegarth’s advisors are Hope Hollocher of Biological Sciences and Agustin Fuentes of Anthropology.