Colorectal cancer patients may benefit by avoiding sweets for three days before chemotherapy and by taking a common antimalaria drug, according to new research by biochemistry doctoral student Monica Schroll. 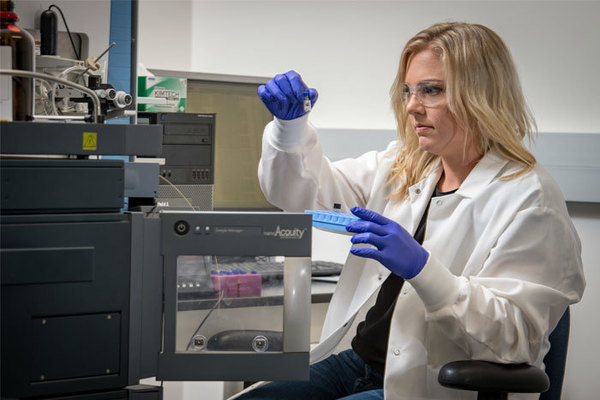 Schroll, Amanda Hummon, associate professor of chemistry and biochemistry and member of the Harper Cancer Research Institute, along with two others studied a two-pronged method of weakening colorectal cancer cells to improve the effectiveness of chemotherapy, then measured the mass of different proteins in the cells using mass spectrometry. Tumor suppressor proteins increased their response after this protocol, making the cancer cells more sensitive to chemotherapy. The result of their research, “Glucose Restriction Combined with Autophagy Inhibition in HCT 116 Spheroids Decreases Cell Clonogenicity and Viability Regulated by Tumor Suppressor Genes” was published last month in Journal of Proteome Research.

There’s no oxygen at the center of a tumor, so cancer cells must rely on anerobic respiration, the type of respiration that doesn’t use oxygen, to flourish. Glucose, therefore, is a cancer cell’s primary food for metabolism. Starve the cells of glucose for 72 hours—which Schroll did by removing it from cell culture media before harvesting the cells—and a process called autophagy is activated. During autophagy, cells maintain their metabolism by recycling their cellular components “like getting rid of all the clutter in your house,” Hummon described.

Autophagy can be helpful, but within a cancer cell, the process keeps the cells alive even when glucose is restricted. “There’s a lot of random debris floating around in the cell and if you keep on feeding cells, they’ll take the extra nutrients and fill themselves up,” Hummon said. But the antimalarial drug Chloroquine halts late-stage autophagy and decreases the viability of cancer cells. Starving the cells plus blocking autophagy with the drug reduced the survival of the colorectal cells when subjected to chemotherapy treatments in Scroll’s lab samples. 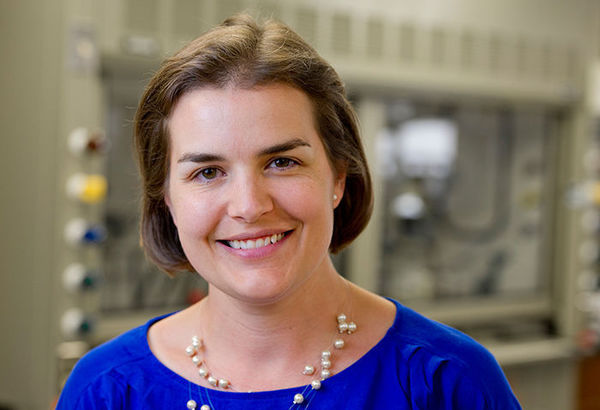 Much research has been done on the concept of nutrient restriction, Schroll and Hummon said, but their study is the first to examine protein distribution with mass spectrometry and the first to identify that so-called “tumor suppressor” proteins are up-regulated after the cell is deprived of glucose. “It’s well-known that nutrient restriction works,” Schroll said, “But we wanted to figure out, on a molecular level, why this is working.”

The next stage of research is to test the approach in mice, to determine how the cancer cells react to the protocol in a living being, and whether normal cells are left unaffected. But there’s enough evidence to indicate it’s best to restrict sugar intake a few days before chemotherapy, Schroll said. “I’ve talked to a cancer patient and I was telling them what I study, and they said they eat milkshakes before chemotherapy because they knew they wouldn’t be able to eat afterwards—but our results suggest that sweets before chemotherapy could possibly feed the cancer cells.”

The study was funded by the National Institutes of Health and the National Science Foundation. Schroll, a fourth-year doctoral student, is a fellow of Notre Dame’s Chemistry-Biochemistry-Biology Interface (CBBI) Program, an NIH-funded program that trains students in an interdisciplinary approach to research.