Every year, the College of Science recognizes faculty for their work during the academic year. Two faculty remembers have been recognized for their excellence in teaching and research, respectively. 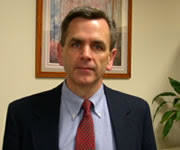 The teaching award recognizes a faculty member who has demonstrated a sustained excellence in teaching. “Snow is known for his strong emphasis on concrete computations and examples, his high standards, and his generosity in helping students succeed in his classes,” said Mary Galvin, the William K. Warren Foundation Dean of the College of Science. “His students express universal appreciation for his clarity, his patience, his availability, and his unwavering passion for mathematics and teaching.”

Snow received his bachelor’s degree from Merrimack College and his doctorate in mathematics from Notre Dame. He was appointed assistant professor at Notre Dame in 1982 and has been at the University since. 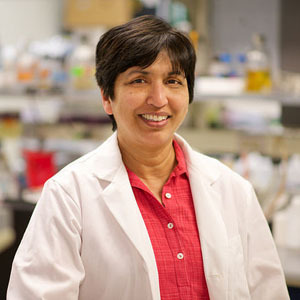 The College Research Award recognizes a faculty member for a sustained excellence in research. Kasturi, an internationally recognized scientist who joined the Department of Biological Sciences in 2008 as the director for what is now the Boler-Parseghian Center for Rare and Neglected Diseases. “During her research career, she has made ground-breaking discoveries to advance the understanding of malaria pathogenesis and to develop novel therapies in both infectious and genetic diseases,” Galvin said.

In addition to her work on campus, Haldar has served as the editor-in-chief of PLOS Pathogens, on the Navartis Science Advisory Board, and as a member of the Expert Scientific Advisory Committee of the Medicines for Malaria Venture.