Everyone knows that texting and driving is bad. But when your 12-year-old son proves it in an experiment, you’d better put that phone down.

“I hate to admit that I do text and drive,” said Rebeca Keller. “But I learned from Wyatt that it is not just a distraction looking at it, but also grabbing it and then looking at it. And then texting.”

Wyatt Keller, a New Prairie sixth grader, came up with an experiment called “Distracted Driving” because it was a relevant topic and he had a lot of Mario-Kart driving games lying around the house. “My hypothesis was that common distractions do affect driving. It surprised me how bad texting was compared with other distractions,” he said.

Wyatt’s  project was one of 263 entered in the Northern Indiana Regional Science and Engineering Fair (NIRSEF) at Stepan Center at Notre Dame on March 2. Grade 3 – 12 students from 54 schools in Northern Indiana who have advanced from their local school fairs go on to compete in the regional competition in elementary, junior and senior divisions. 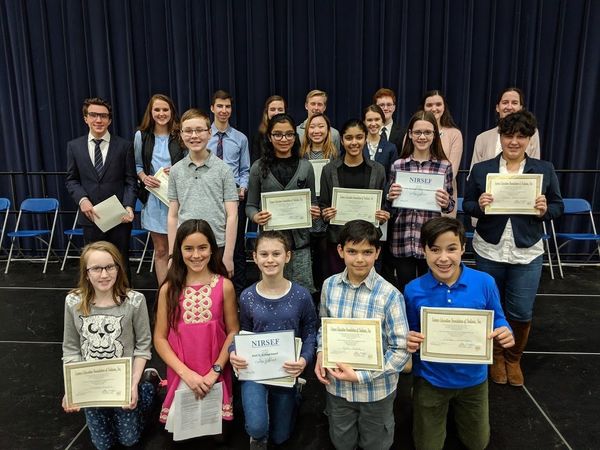 “The Northern Indiana Regional Science and Engineering Fair continues to provide mutually beneficial experiences for regional youth, scientists, and engineers,” according to Micha Kilburn, Executive Director of the regional science fair and Director of Outreach and Education for JINA-CEE, at Notre Dame.  “At its peak, over 450 participants and judges were engaged in conversations and sharing their passions with one another.”

Sponsors supplied more than 180 awards and this year, and nearly half of the participants took home an award, added Kilburn.

One of the two top award winners was Lara Chuppe, 18, of Adams High School, who studied the relationship between sulfur amino acid supplementation and brain health. The senior, who plans on studying math and biology in college, is fascinated by the brain and how it functions.  “This investigation is of specific interest to me due to having personally witnessed the devastating impact of neurodegenerative disease in one of my grandparents,” she wrote.

Lara is one of the 21 students who will advance to the Hoosier Science and Engineering Fair on March 30 in Indianapolis. Chuppe added that even after a short time at the event, she felt more confident describing her findings. “I can see I’m getting better at explaining it and communicating. Plus it’s cool to talk about your research and get advice from judges.”

“My research is important because the average person living the U.S. consumes about twice as much protein as is recommended daily. Because of this, it is important to gain a better understanding of how amino acids (the building blocks of proteins) impact health at higher levels,” she said. The results of her investigation indicated that in very high levels, amino acids do impact the memory of the flatworms. She said further research is needed to determine the exact way in which amino acids interact with the chemicals in the brain and lead to memory loss. 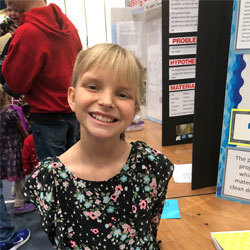 An interest in water filtration in third-world countries inspired 10-year-old Nia Gerwels of Mary Frank Elementary, Mishawaka, to be a part of the science fair for the second year in a row.  “This is important because the world lacks drinking water. You need to filter water so you don’t get sick as you do from water-borne diseases in many countries,” she said.

While she speculated that wood chips would be the best filtration material investigated, she discovered that sand was actually better because it traps dirt between its grains. She also studied granulated activated charcoal as a filtration material. Next time, she said she would like to study materials found specifically in third-world counties.