Efforts by Purdue Pharma in 2010 to make its blockbuster prescription opioid painkiller OxyContin less prone to abuse did nothing to reduce the number of drug overdose deaths across the nation. In fact, according to researchers at the University of Notre Dame, the reformulation of OxyContin instead fueled a heroin epidemic that continues to claim lives at an increasing rate. 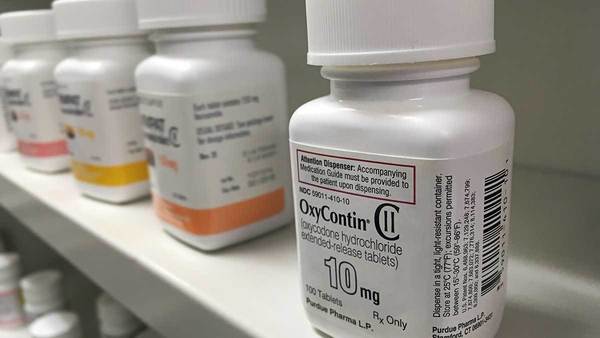 In a working paper circulated by the National Bureau of Economic Research, researchers at Notre Dame and Boston University studied the rise in heroin death rates since 2010 in relation to the reformulation of OxyContin, a prescription opioid introduced in 1996 to treat acute or chronic pain. They found that while prescription opioid consumption stopped rising in August 2010, heroin overdose deaths began climbing the following month, and the rate of growth was greater in areas with greater pre-reformulation access to heroin and opioids.

“A key component of the federal government’s response to the opioid epidemic has been encouraging the development of abuse-deterrent formulations of drugs,” said William N. Evans, co-author of the study and Keough-Hesburgh Professor of Economics at Notre Dame. “Our work suggests that as long as there are readily available substitutes for prescription opioids, such as heroin, reformulating painkillers will do little to mitigate the effect of the crisis.”

When used as directed, prescription opioids offer an effective treatment for acute and chronic pain, but they are known to be addictive and have been associated with a rapid rise in prescription drug overdoses and deaths. OxyContin became popular for recreational use and abuse because the drug offered much more of the active ingredient, oxycodone, than other prescription opioids and the pills could easily be manipulated to access the entire store of the active ingredient.

In early August 2010, the makers of OxyContin, Purdue Pharma, pulled the existing drug from the market and replaced it with an abuse-deterrent formulation that made it difficult to manipulate. However, the researchers discovered the reformulation led many abusers to simply shift to readily available and cheaper substitute — heroin.

“Although the abuse-deterrent formulation for OxyContin reduced prescription opioid mortality,” Evans said, “the movement to heroin as a result of the reformulation meant there was a one-for-one substitution of heroin deaths for opioid deaths.”

The NBER paper was co-authored by Ethan Lieber, assistant professor of economics at Notre Dame, and Patrick Power, a graduate student at Boston University.