Trevor Noah, comedian and host of the Emmy and Peabody Award-winning “The Daily Show” on Comedy Central, and Alexis Ohanian, co-founder of the social news website Reddit, will be part of Idea Week 2020, an annual gathering celebrating entrepreneurs, innovation and the incubation of new ideas. 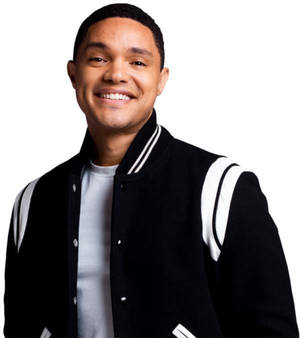 Noah will perform April 19 (Sunday) at Notre Dame’s Purcell Pavilion at the Joyce Center; Ohanian will deliver a keynote address on April 23 (Thursday) at the Renaissance District in downtown South Bend; and the esports tournament will be held on campus April 23-24 (Thursday-Friday). Idea Week will take place April 19-25 (Sunday-Saturday).

The Grammy-nominated band OneRepublic was previously announced as the week’s major concert act. The band will perform April 25 (Saturday) at the Purcell Pavilion.

Idea Week is hosted by Notre Dame, the South Bend-Elkhart region and more than 30 community organizations and businesses. It will be held at the University and other locations throughout South Bend and Elkhart and will be open to the public.

The annual event seeks to highlight the importance of entrepreneurship and innovation, two elements event organizers say are foundational for robust economic growth.

“There has been a well-documented decline in entrepreneurship in the United States over the past few decades,” said Bryan Ritchie, vice president and the Cathy and John Martin Associate Provost for Innovation at Notre Dame. “This should be of great concern to all of us as GDP, productivity and wage growth are all highly reliant on the development and growth of entrepreneurs. This message, which often doesn’t get the attention it should, is largely why Idea Week exists. We seek to promote entrepreneurship and innovation not because they’re popular buzzwords, but because they’re as necessary for our society and its future as a functioning government and quality education. 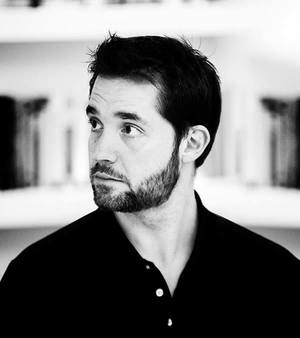 “Fun events like Trevor Noah, OneRepublic and the esports tournament are partly designed to act as magnets for students and the general public so they can hear this important message, while interesting and educational keynotes from entrepreneurs like Alexis Ohanian of Reddit are designed to amplify it.”

In addition to Noah, Ohanian, OneRepublic and the esports tournament, Idea Week will feature additional keynote speakers; the McCloskey New Venture Competition, which will offer prizes worth hundreds of thousands of dollars; the 10th annual 1st Source Bank Commercialization Award Dinner; additional musical performances; meetups; workshops; technology experiences; and various social activities, all of which will be announced in greater detail over the next five months.

Noah is the host of “The Daily Show with Trevor Noah” on Comedy Central, which recently received two 2019 primetime Emmy nominations. He has written, produced and starred in eight comedy specials, including, most recently, “Son of Patricia” on Netflix. Noah’s success also includes sold-out comedy shows over five continents. He is the author of the No. 1 New York Times bestseller “Born a Crime: Stories from a South African Childhood” and its young readers adaptation, “It’s Trevor Noah: Born a Crime: Stories from a South African Childhood.” In April 2018, he launched The Trevor Noah Foundation, a youth development initiative that enhances youth preparedness for higher education or entry into the workforce. Noah is currently crossing North America on his first ever arena outing with the “Loud & Clear Tour 2019.”

Ohanian is the co-founder of Reddit, which recently surpassed Facebook in terms of number of visitors and is now the third most popular internet destination for users in the United States. Alongside Garry Tan, he also co-founded Initialized Capital, a seed-stage venture fund with more than $500 million under management. He’s also written a national bestselling book, “Without Their Permission,” and is an advocate for the open internet, STEM education and paid family leave.

The Fighting Irish Esports Invitational tournament will offer prizes worth tens of thousands of dollars. The main prizes will be for the college bracket where student teams from many different colleges will compete against each other. There will also be a bracket just for Notre Dame students as well as one for local middle and high school teams. The featured games will be announced at a later date. The tournament is being organized by the Idea Center with support from Notre Dame Athletics and will take place in an all-in-one esports arena that folds out from a semi-truck and includes professional gaming computers, a stage, lights, TV screens, a streaming studio and a shoutcasting desk.

Originally published by Nick Swisher at news.nd.edu on December 03, 2019.