Two outstanding University of Notre Dame seniors, Adam Boocher and Adam Gadzinski, received the 2008 College of Science Dean’s Award at the college awards luncheon on May 16.  College of Science faculty congratulate both of these exemplary students. 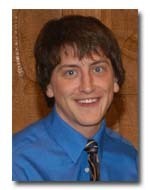 Adam Boocher
As president of the math club, tutor and director of an undergraduate reading seminar in algebraic geometry, Boocher has shared his love of mathematics by mentoring numerous undergraduate students. Boocher was the only first-year student ever invited into the SUMR (Seminar for Undergraduate Mathematical Research) program at Notre Dame, a program for the most gifted junior and senior mathematics students. Beginning in his sophomore year, Boocher started taking graduate-level mathematics courses. His love of the challenge of Scrabble led him to co-found the Notre Dame Scrabble Club and as president, organize competitive tournaments – the latest of which benefited the Literacy Council of St. Joseph County. While at Notre Dame, Boocher conducted research through REU (Research Experience for Undergraduates) programs at Williams College, Claremont Colleges, and the University of Notre Dame. He presented at six undergraduate research seminars including an invited talk at Purdue University and a seminar he organized at the University of Notre Dame titled “Undergraduate Work in Mathematics.” He was one of only 26 recipients in the nation in the field of mathematics to receive the National Science Foundation Graduate Research Fellowship.  In his sophomore year, he received the prestigious Barry M. Goldwater Scholarship. His hard work was recognized this year as he received the G.E. Prize for Honors Mathematics Majors and the Kolettis Award in Mathematics. This summer, he will guide high school mathematics teachers through the RET (Research Experience for Teachers) program. Boocher has chosen to pursue his doctorate in mathematics at the University of California Berkeley with a focus on algebra or number theory. 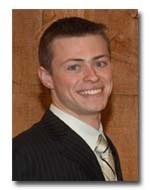 Adam Gadzinski
With his boundless energy and enthusiasm for medicine, Gadzinski was not swayed away from pursuing his chosen major of physics-in-medicine. As a leader academically, he held a 4.0 GPA and was a candidate for the University of Notre Dame valedictorian. For the past two summers he received a fellowship to conduct clinical research at the Siteman Cancer Center at the School of Medicine at Washington University in St. Louis under David Gutmann, M.D., Ph.D. His research was recently published in the journal Experimental Neurology. During his senior year, he was a resident assistant of Morrissey Manor and was the academic and multicultural commissioner on Hall Council for Morrissey Manor in his junior year during which the hall won Hall of the Year. He played in marching band, hockey band and Notre Dame drumline all four years. As a leader in service, he was a team leader for the National Youth Sports Program and volunteered through the Center for Social Concerns Appalachia program. For the past two years he shadowed oncologist Josè Bufill on a weekly basis. Under the direction of oncologist Rudy Navari, he is currently involved in a 36-month clinical research project studying clinical depression in newly diagnosed patients. Accepted at several medical schools including Harvard Medical School, Gadzinski has chosen to attend the University of Michigan as the dean’s scholarship recipient and specialize in either pediatric oncology or orthpaedic surgery.