Bigger does not necessarily mean stronger. That was the conclusion fifth grader Aangee Metha drew from her science fair experiment, “It’s Windy Here.”

She was one of 280 participants in the Northern Indiana Regional Science and Engineering Fair (NIREF) March 3 at Notre Dame. 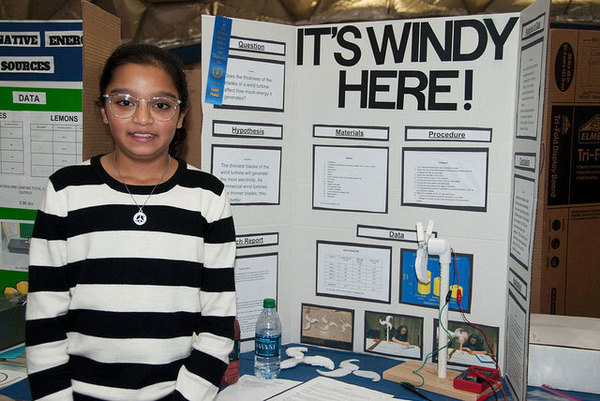 Aangee looked at how the thickness of a windmill blade affects the generation of energy. A student at Pinewood Elementary in Elkhart, she discovered that her hypothesis—the thinnest blade would generate the most energy—turned out to be correct.  She also walked away with the Jina-CEE Excellence in Physical Sciences Award for her project. 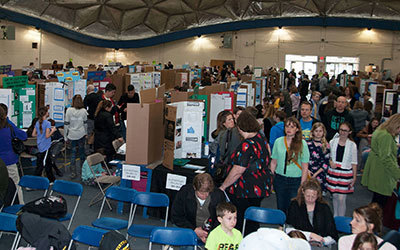 Students in grades 3 to 12, representing more than 50 schools in Northern Indiana, came to Stepan Center armed with projects in categories ranging from earth science to psychology to astrophysics.

“The hallmark traits of a successful science fair project (and STEM professionals) include problem solving skills, creativity, attention to detail, perseverance, and communication skills that will benefit participants in almost any future career,” said Micha Kilburn, executive director of NIRSEF and director of outreach and education for Joint Institute for Nuclear Astrophysics, at Notre Dame. While she said the awards create a lot of excitement, the true value of a science fair happens before the students arrive at the competition. 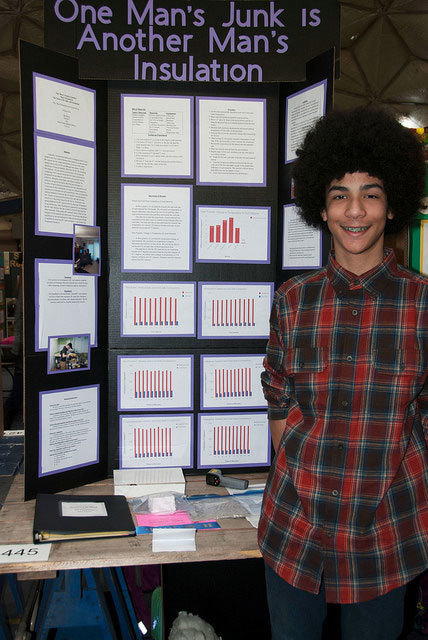 Jacob Dixon, an eighth grade student at John Young Middle School in Mishawaka, demonstrates those skills when talking about what he and his partner, Ben Pamachena, experienced while completing their experiment: “One Man’s Junk is Another Man’s Insulation.”

“We had to redo it when the analog on the fan broke and skewed the results,” he said. They studied discarded door and window cutouts from the recreational vehicle industry for possible use as insulation in homes, thus removing the material from landfills. The project won three awards, including the junior-level award from Notre Dame Energy. Jacob plans to do further research on this topic next year. 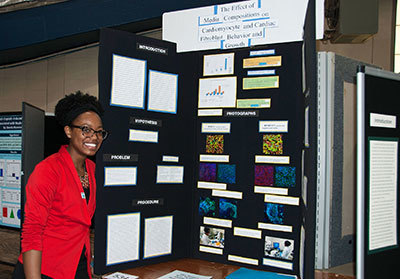 A grandmother with a triple-heart bypass led Marian High School junior Carlondrea Petty to study the complicated relationship between the various types of cells in the heart.

Using neonatal rat cells and human stem cells, she wanted to help find a way to allow scientists a longer time to study the cardiomyocyte cells that make up the cardiac muscle. These are the cells that are lost during a heart attack and are unable to reproduce themselves. “If you can imagine, cells constantly die in a lab and scientists can never work on cells for a sufficient amount of time.” 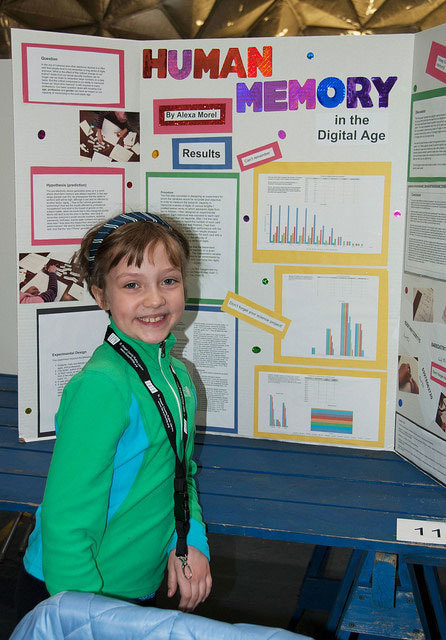 “The real beauty in a science fair is in the selection of the project and the energy and desire it takes to explore something,” said Nancy Sakaguchi, a third-grade teacher at Kennedy Primary Academy in South Bend. She came to support her students, including 8-year-old Alexa Morel, who studied whether electronic devices affect short-term memory. While acknowledging a small sample, Alexa found that age has more of an impact on memory than electronic use.