Why look into a plastic bag fee?

Plastic bags affect the environment in a broad sense but also locally. Implementing this fee would reduce plastic bag usage, and increase revenue to benefit the South Bend community.

Understanding the Effects of Plastic Bags on the Environment and Community:

Problems from the Plastic Bag

Plastic bags are harming both land and especially marine ecosystems. About 100,000 sea turtles die every year due to plastic pollution as well as over 1 million birds. The plastic bags polluting the Pacific Ocean specifically are causing widespread issues covering areas as large as 5,800,000 square miles, an area about three times the size of Texas.

The nature of plastic bags is to photodegrade, not biodegrade, meaning they break into smaller pieces but never decompose. Even after 20 years the smaller polymers that used to make up the bag remain harmful to the environment. Once broken down into polymers and petro-polymers, they are ingested by marine life.

How are other areas working to solve these problems?

Numerous U.S. cities have either placed a fee on plastic bags but some have even gone as far as banning them.Multiple foreign countries have also taken these actions. 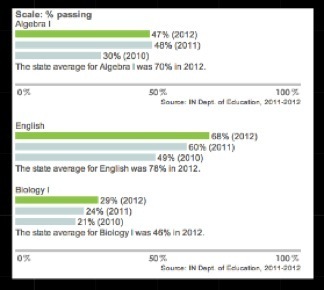 How would South Bend benefit from implementing a plastic bag fee?

The South Bend School Corporation would greatly benefit from being able to use the proceeds of the plastic bag fee. There are areas within the corporation that lack the necessary funding. The extra funds would improve these areas as well as encourage higher test scores in areas that students in the school district generally score below state averages.

Implementing a plastic bag fee is feasible and attainable. There is success across the country as well as internationally with these types of fees. The fee would raise awareness of the plastic pollution issues, raise funds for South Bend, and is a step toward a cleaner environment.