Buildings provide a very essential need for humanity: shelter. A sustainable building has little negative effect on the environment and aims to provide optimal energy efficiency and the materials used to build it are disposed of safely.

Central Question: What is the relationship between the amount of money spent on housing and the degree of sustainability that it upholds?

Surveys done through the United States government revealed data of new residential construction in March 2013 that showed significant growth since March 2012. The percent increase from 2012 to 2013 of single unit building permits was 28%, housing starts 29%, and housing completions 35%. With this growth in housing, it is important to look for ways to proceed that are sustainable.

Also, not only are there more houses being built, they are being built larger. 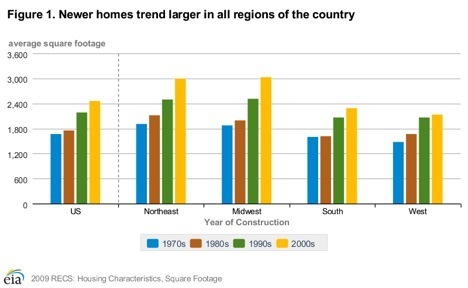 Chart Depicting Newer Homes are Trending to be Larger

All this new and growing construction is also taking up a significant amount of energy; in Indiana that number is about 20%. 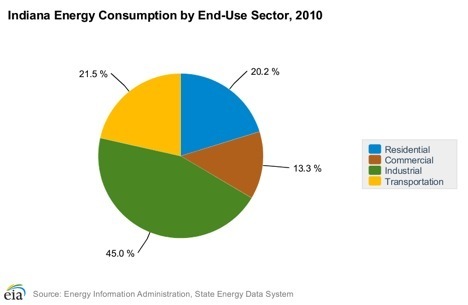 Other Factors to Consider

Residential building faces some challenges in “going green” that corporate buildings do not need to worry about.

How Do You Make a Building Sustainable?

Even though initially installing these sustainable systems and features into a building is more expensive, in the long run they save money and resources. However, often times the sustainable options for residences are simply not affordable anyways. Even so, corporations are moving toward sustainability and programs are reaching out to make it a less costly option for the average homeowner.