Bali, Indonesia is known for its beautiful scenery, vibrant culture, and…its lack of water sanitation.  As the smallest province in Indonesia it is the largest tourist destination.  Tourism accounts for 60% of Bali’s economy and has helped it grow economically and socially.  Bali’s population is currently at 4.22 million and expected to increase due to the increasing job opportunities available.  But not all is perfect in paradise.  Bali’s growing population and development has led to a predicted water crisis as early as 2025.  The resources that the island can provide are simply not meeting the rapidly increasing demand.

After analyzing the issue behind Bali’s lack of sanitized water, it was quickly realized that water contamination was not the only problem.  Bali is currently experiencing a falling water table, salt-water intrusion, decreasing river and lake water, and land subsidence, to add to the deteriorating water quality.  There are several factors at play leading this crisis from bad to worse.  These include: 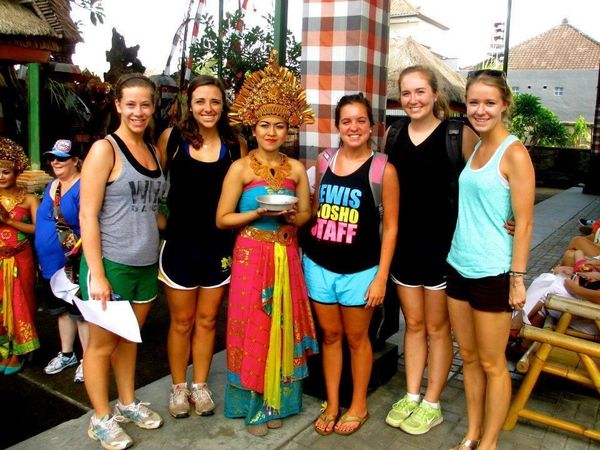 A picture at one of Bali’s cultural events
that is hosted to educate tourists on the island’s
unique culture.

The tourist industry draws significant amounts of water averaging around 3 million liters of water per day.  With the growing development, the public water supply quickly became insufficient causing hotels to draw significant amounts of groundwater and well water.  Thus, the massive tourism development in southern Bali has excessively exploited the island’s main water resources in the center and north. It is also negatively impacting the agricultural sector.  750 hectares of fertile rice fields are sold off annually to be converted into housing and business developments.  Many of the younger generations are going to work for the tourism industry because with the higher water prices and unpredictable seasons, farming is no longer a profitable option. 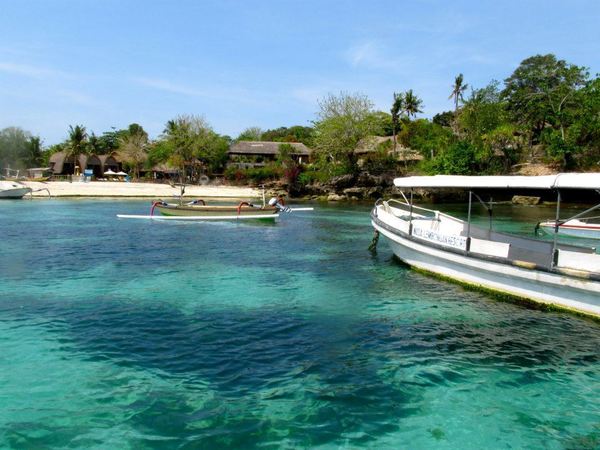 The water off the coast of Bali is
crystal clear

Bali lacks the proper infrastructure to handle the sudden influx of people to the island.  Few residents rely on PDAM, the public water supply, because it only has the capacity to provide them with limited amounts of water throughout the day.   Due to level of contamination in the water, PDAM also lacks the resources necessary to properly sanitize the water.  The government only provides a limited number of water storage units, which is significantly less than demand. Bali also lacks rainwater harvesting units, which is detrimental in three ways:  it increases the impact that rain has on the area and the amount of water cross contamination, and it fails to utilize the amount of fresh clean rainwater that could be used by the communities in Bali. 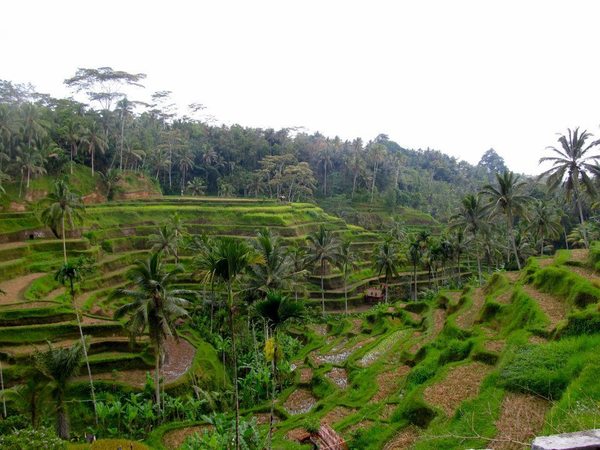 The increased development has accelerated a change in the natural environment including loss of agricultural land, deforestation, and climate change.  This has dramatically reduced Bali’s natural water resources.  For example, Lake Bayun, which is one of Bali’s largest lakes has decreased by 11 feet since 2000.  The illegal deforestation has taken away the water catchment.  Already 65% of Bali’s rivers have dried up completely in the dry season.

The lack of access to sanitation and hygiene facilities has restricted the economic and human development of Indonesia.  Domestic sewage, industrial effluents, agricultural runoff, and mismanaged solid waste are all causative factors to polluting groundwater and surface water systems.  Most residents in Indonesia utilize private septic tanks.  The tropical climate of Bali brings a seasonal wet season, which increases the chances of cross-contamination of sewage and drinking water through increased flooding. 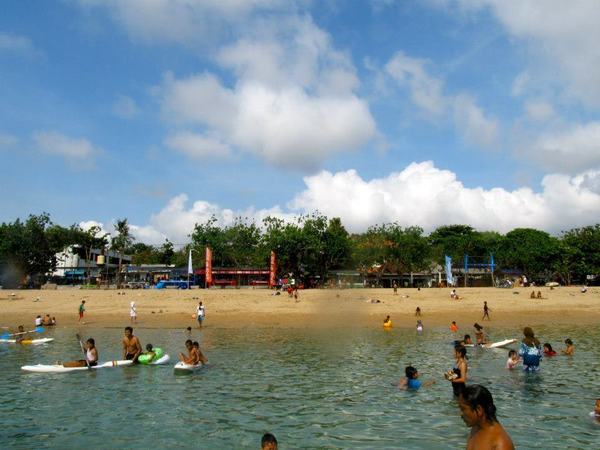 Due to the lack of clean water,many
people bathe off the coast of Bali

Due to the large number of stakeholders involved in this water crisis, it is imperative for the various groups to join together to form a cooperative agreement that will satisfy triple-bottom line sustainability initiatives.  Building relationships among all the stakeholders will help each to individually satisfy their own needs while working towards a common goal.

Two solutions are proposed to help move towards a sustainable future.

First, raising awareness among all stakeholders involved will prove to be beneficial.  One of the main causes of this problem is the lack of communication about the water crisis.  For example, many individuals involved in the tourism industry had no idea about the decreasing water levels.  Raising awareness will leverage the strength of the tourism industry to promote the issue and create corporate social responsibility initiatives that tourists and residents can actively support. 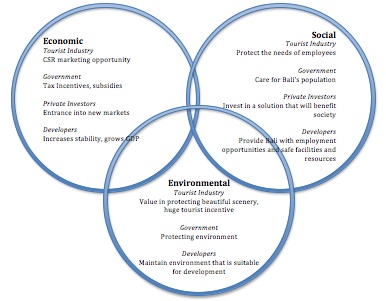 The only technical solution available is building more rainwater-harvesting units.  This allows for residents to take advantage of the high level of fresh clean rainfall available. Increasing the amount of water catchments would also decrease the amount of runoff that is occurring throughout Bali.  The convenience that these units can provide is substantial, providing clean water to urban and rural areas that have had to before walk miles to the nearest water source.

Beginning this research project, the focus was primarily on the water sanitation issue in Bali.  After learning more, the extent of the actual problem became apparent.  Moving forward, it is essential to raise awareness of the declining water levels that are occurring and the impending water crisis predicted.  Once all stakeholders are aware of the issue, they can begin to work together towards a sustainable solution.  The purpose of this project is to educate those that do not know of the actual issues that are increasing Bali’s poor water situation.  This increased awareness will fuel action towards a sustainable future. Bali soon will be moving forward to a clean water future for the whole world to enjoy.

To view a visual representation of this report on Bali’s water crisis please click here.