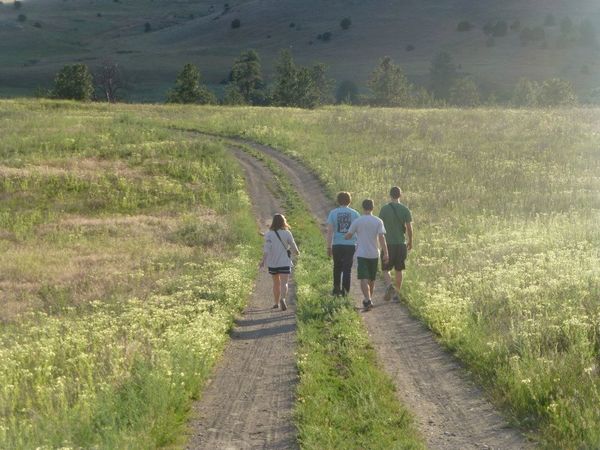 Our lives are filled with noise like cars, music, and conversation. In comparison, Nature and the outdoors seem quiet.

But next time you take a stroll outside, ask yourself: is everything truly silent? You may surprise yourself when you slow down and truly listen to your surroundings. You may hear:

The truth is that healthy Nature is full of noise. Birds, insects, mammals, and even fish make noise to communicate, establish territories, and find mates. Very little in nature is totally silent.

This noise you’re hearing has been given a technical term: the Soundscape. While knowledge of the soundscape’s existence is obvious, we are just now beginning to understand what it is, its significance, and how it’s exciting potential in a management and sustainability context. 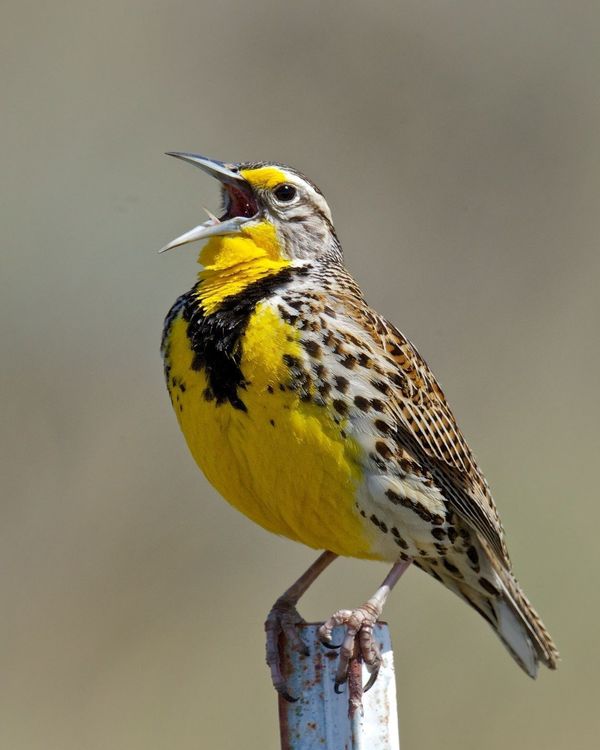 A Western Meadowlark making a racket

Soundscapes as a tool for management, conservation, and sustainability

Soundscapes may also have an applied use. For example, one area has more individuals of a noisemaking animal type (let’s say birds), and one area has fewer birds. We expect the soundscapes of the two areas to differ, because the area with the high bird density will be louder than the one with low bird density. By capturing and analyzing the sounds, we may be able to determine what the abundance, richness, and diversity of birds are in that area.

The soundscape could potentially tell us even more. In the previous example, perhaps the difference in the number of birds is due to differing habitat types. The habitat difference could be as radical as forests vs. grasslands, or it could be from something as subtle as what kind of large animals graze that area. Analyzing the soundscape could help managers parse out subtle yet important differences in habitat, particularly in regards to habitat degradation through human activity.

Putting the Soundscape to the Scientific Test

I designed and conducted a 10 week long project to test the soundscape as a method for monitoring bird communities and habitat health.

The Palouse Prairie in Northwest Montana was a perfect as a study site: nearly all noise in the landscape comes from birds, so it presents an easy, controlled environment for studying the soundscape. 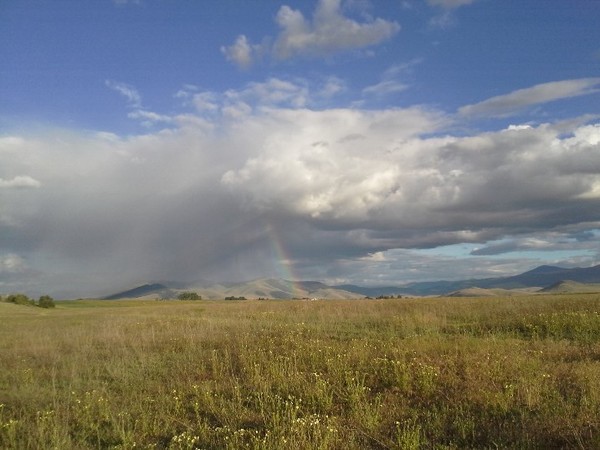 In addition, the Palouse Prairie has three distinct yet similar habitats:

I tested across these habitat types and to see if soundscape analysis would be an effective tool for evaluating habitat.

I started my study by conducting a soundscape analysis. I utilized simple sound recording devices to record sound at pre-set intervals at pre-determined locations. These sound recordings were plugged into a computer to get raw data, called “soundscape metrics”, the most important of which is Biophony, or the “loudness” or “power” of sounds from biological sources.

Simultaneously, I went into the field and conducted a classical bird population census. If there are similarities between the two data sets, then the hypothesis that soundscape analysis can be used to monitor bird populations is supported. 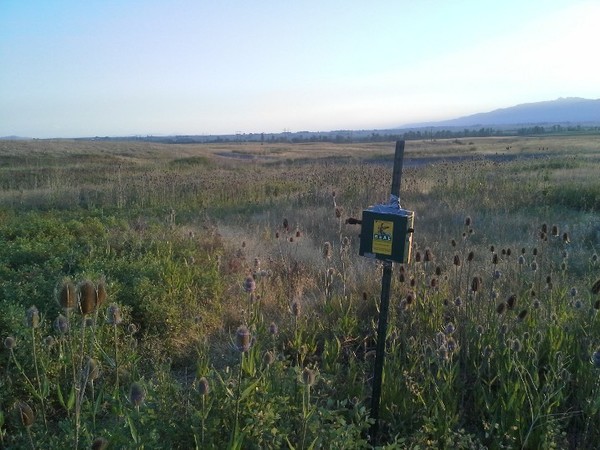 My results confirmed the hypothesis that soundscape analysis could be used as a tool to monitor bird diversity. In the graph below, the soundscape metric “biophony” has a fairly strong positive linear relationship with the diversity I actually found in the wild. 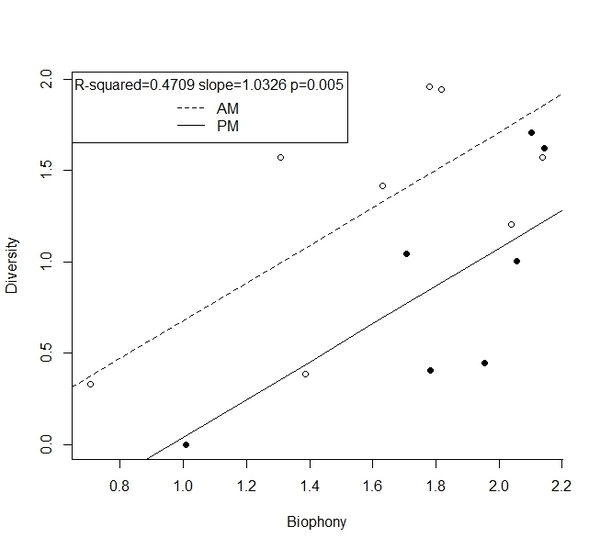 The next graph below shows how bird diversity (measured using Shannon’s Diversity Index, a mathematical measure of diversity) was much lower in the cattle-grazed area than the wildlife- and bison-grazed areas. That means that cattle are having some kind of negative effect on the birds, and therefore the habitat. 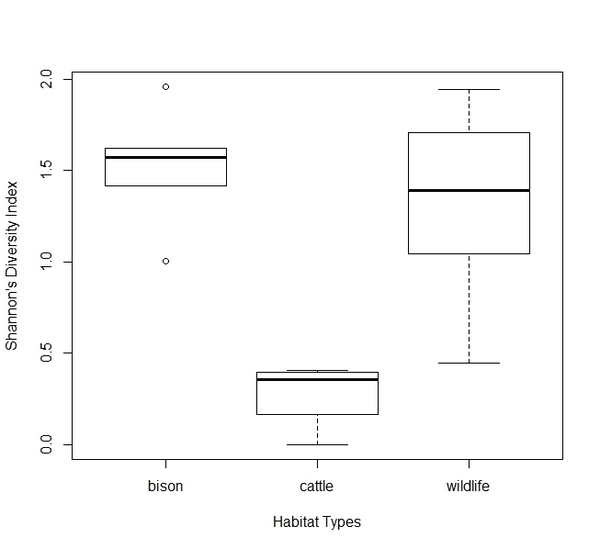 Another, similar graph shows that the soundscape metric Biophony reflects that same pattern.

Therefore, the soundscape can be used to tell the difference between habitat types. 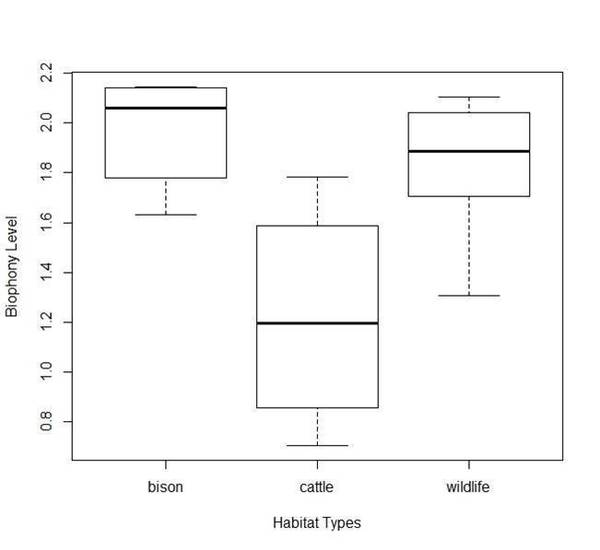 The results of my project are significant for research, land management, and sustainability.

Rachel Carson, in her famous book Silent Spring, was perhaps the first to use the soundscape in a sustainability context. She showed that people care enough about the soundscape to create policy change. My research furthered our understanding and practical use of the soundscape.