Creation of management tools for the invasive red-­eared slider turtle 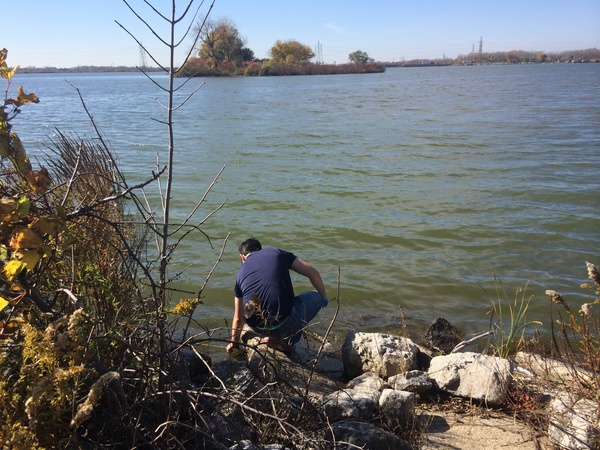 A commonly introduced pet is the red-eared slider turtle, Trachemys scripta elegans. T.s. elegans is now invasive on 6 continents and several islands. The 52 million individuals moved through the pet trade have made T.s. elegans one of the “100 worst invasive alien species” according to the International Union for Conservation of Nature. Often larger than native turtles, T.s. elegans is a dominant competitor for resources such as basking sites, food, and nest habitat in mesocosm experiments. These fast-growing, long-lived turtles are often bought as small (3-4 cm) hatchlings, outgrow their welcome as pets, and are then released into local water bodies. Although the United States prohibits the sale of all turtles smaller than 4 inches in carapace length and the European Union has outlawed the importation of any T.s. elegans, many online vendors continue to illegally sell inexpensive T.s. elegans hatchlings.

The goals of our first study were to (1) describe the current distribution of T.s. elegans in the U.S. states and Canadian province that border the Great Lakes, (2) determine the extent of suitable habitat of the lakes’ watershed basins based on this distribution and current and future climate projections, and (3) compare current and future habitat suitability among the individual lake basins. We addressed these goals by accumulating occurrence and establishment 7 records for T.s. elegans in the area and by developing niche models to assess the current and future threat based on climate.

Our results underscore the critical need for more management of and research on T.s. elegans in the Great Lakes basin. Our comprehensive occurrence dataset of more than 400 Great Lakes records confirms the current presence and potential establishment of this threatening invader in the basin. The SDM provides visual and quantifiable guidance for state and provincial prevention plans, highlighting Lake Erie as the most at-risk basin but showing the new exposure of Lake Superior as climate change enables suitable habitat to expand northward. The percent suitable area of the Great Lakes basin as a whole will nearly double by 2050 (25.6% to 47.4% at >0.5 level for RCP 4.5). Our SDM can be used as a resource for future management strategies because it was created using a more complete understanding of the current distribution of T.s. elegans, and was evaluated in the absence of spatial bias.

Our results indicate the reliability and efficiency for this assay to survey the Great Lakes basin for T.s. elegans. The assay’s high sensitivity and species-specificity make it a useful tool for detecting T.s. elegans at low densities in the field with little concern for false-positive detections. Use of this assay throughout the Great Lakes basin could give a more complete understanding of the current distribution of this non-native species at less cost and effort, but more sensitivity than traditional sampling methods. Its implementation can direct management efforts that seek to efficiently halt an invasion at its inception, providing quantitative warning at the first sign of invasion.