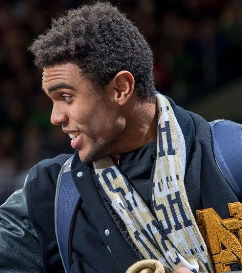 Although climate change carries widespread and adverse effects, it can be addressed if approached at the local level. In this paper, I explained the alarming problem of deforestation in the Amazon biome and cerrado of Brazil. A general background on the issue of climate change offers an important foundation for the reader to understand the connection between deforestation and its growing urgency. Using general knowledge of climate change as a foreground, I expanded on the diverse challenges deforestation presents to the world’s forests. I then specifically focused on deforestation in Brazil, South America’s largest and arguably most naturally diverse country. Brazil is also known as the “Lungs of the World” for its expansive forest cover’s massive contribution in the creation of oxygen for the world. In response to the specific problem of deforestation, I presented a form of John Stuart Mill’s utilitarian philosophy called sustainable discounted utilitarianism (SDU) as a solution to creating effective deforestation policy. To test my theory, I singled out Brazil’s Amazon biome as a primary case study in which a utilitarian-based policy will be applied. Ultimately, I argued that a multi-disciplinary approach of law, economic incentives, and moral philosophy is an extremely effective way to handle the problem of deforestation. All three components mutually reinforce each other to create a cultural shift from the ground up. Through revision of the forest code, indigenous peoples' land rights, and land grants, the government can provide a firm structure to support an internal change. The real change comes from local businessperson and politicians understanding the economic value in protecting the environment. A New Zealand farmer uses a method of farming called intensification that allows him to use land more efficiently, resulting in less farmland and a higher quality product. Finally, climate change must be presented as an urgent moral issue that must be addressed. The government can use this multi-disciplinary approach to increase productivity while protecting its land and people from destruction.