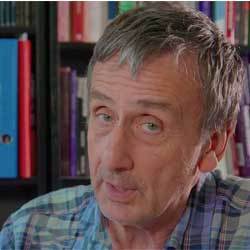 Join Henry Kennedy, Ph.D., director of the French National Consortium of Excellence at LabEx CORTEX, to learn about his research that centers around the development and neurobiology of the cortex.

Focusing on both the adult and the developing brain, and using brain-wide retrograde tracing experiments in macaques and mice, his team has generated a consistent database of cortical area connections, projection densities, and distances that can be used to learn about structure-function relationships in the cortex. Analysis of these relationships suggests evolutionary optimization of areal shape, location and cortical folding, and points to the need to consider the brain in space when considering the statistics of the inter-areal cortical network. His work shows that this approach also allows comparing connectomes — “maps” of connections within an organism’s nervous system — which will possibly lead to predictions about how the human brain works.