Bei Hu was appointed as chair of the Department of Applied and Computational Mathematics and Statistics (ACMS) on July 1, 2018. He replaces Andrew Sommese, who served in the role for three years. 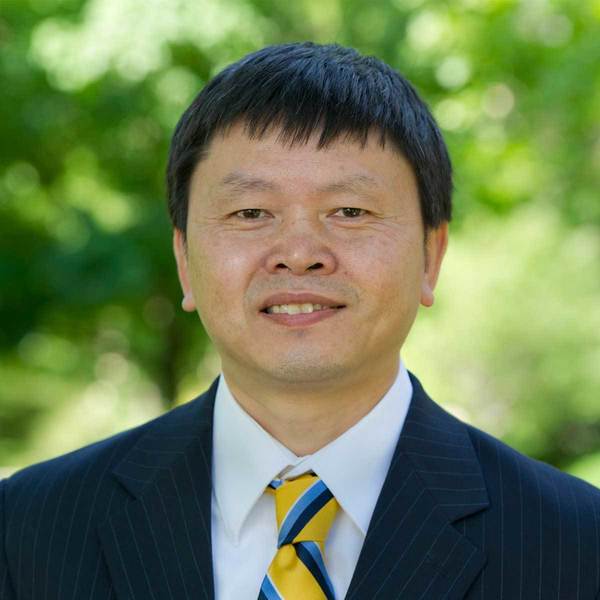 “As a department of applied and computational mathematics and statistics, we are in an exciting time for solving complex problems our world faces,” Hu said. The department is continuing a period of expansion fostered during Sommese’s tenure, when the number of faculty members and students majoring in ACMS increased.

Hu began working at Notre Dame as an assistant professor in 1990. He was promoted to associate professor in 1994, and to professor in 1999. From 2015 to 2018 he also worked as an adjunct professor at the Institute for Mathematical Sciences, Renmin University, Beijing, China. In addition to being awarded a number of grants, Hu has given more than 100 presentations and published nearly 100 papers. He earned the University’s Kaneb Teaching Award in 2000 and 2006, and is also affiliated with the Harper Cancer Research Institute.

“Professor Hu is not only an exceptional researcher, but also a leader with a clear vision about how to position the department for continued and future success,” said Mary Galvin, the William K. Warren Foundation Dean of the College of Science.

Hu’s current research focuses on partial differential equations (PDE) and their applications in engineering, industry and biology. These include thermal runaway phenomenon, tumor growth models, blood cholesterol models, and valuation of financial assets, among other applications.

As department chair, “I look forward to opportunities to expand our role in research, teaching, and service, and make a reputation for the department,” Hu said.